Debt rises 10% due to acquisitions carried out in the semester. 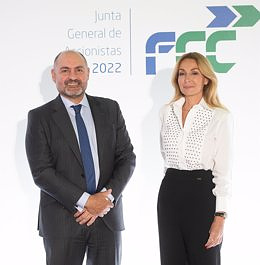 Debt rises 10% due to acquisitions carried out in the semester

FCC Group obtained a net attributable profit of 226.6 million euros in the first six months of the year, which represents a decrease of 2.5% compared to the same period of the previous year, a drop that the company attributes to the increase in results attributable to minority shareholders.

In any case, the company's operations evolved favourably, with an increase in sales of 13.1%, to 3,584 million euros, and an increase in gross operating profit (Ebitda) of 14%, to stand at 603 millions of euros.

For its part, the net operating result (Ebit) reached 382 million euros, which represents 18.2% more than the same period last year, as a result of the good performance of Ebitda.

According to the company's accounts, the income portfolio now amounts to 38,001 million euros, which represents an increase of 25.8% compared to the end of 2021. The Construction area stands out, which increased it by 29.8%. and the Water area, which increased by 29%, in both cases due to the new contracts and international operations awarded.

The net worth of the group increased by 9% compared to that registered in the period of 2021, to stand at 4,841 million euros.

At the end of the first half of the year, the net financial debt stood at 3,595 million euros, 10% more due to the purchase of the company that owns and operates the integral water cycle infrastructures in the capital of Georgia and the acquisition of a minority stake held by the real estate area last June.

‹ ›
Keywords:
FCC
Your comment has been forwarded to the administrator for approval.×
Warning! Will constitute a criminal offense, illegal, threatening, offensive, insulting and swearing, derogatory, defamatory, vulgar, pornographic, indecent, personality rights, damaging or similar nature in the nature of all kinds of financial content, legal, criminal and administrative responsibility for the content of the sender member / members are belong.
Related News