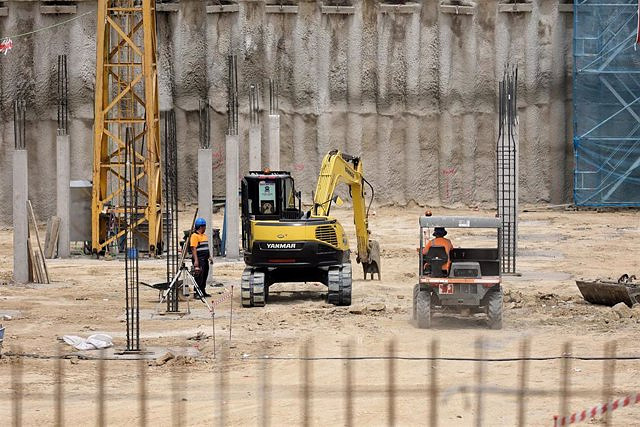 A total of 475 workers died in an occupational accident in the first seven months of this year, 69 more than in the same period of 2021, which in relative terms implies an increase of 17%, according to provisional data from the Ministry of Labor and Social Economy.

Most fatal accidents are caused by heart attacks and strokes, traffic accidents, entrapment and amputations, falls and collisions with moving objects.

According to provisional data from the Ministry, fatal accidents during the working day increased by 17.3%, registering 386 deaths, 57 more than in the first seven months of 2021, while 'in itinere' claims resulting in of death rose by 15.6%, going from 77 deaths between January and July 2021 to 89 in the same period of 2022.

Serious accidents during working hours totaled 2,284, 5% more than in the first seven months of last year, while serious 'in itinere' claims increased by 7.6%, with a total of 507 accidents.

In total, self-employed workers suffered 19,870 occupational accidents with sick leave until July, 3.1% more than in the same period of 2021, with an increase of 3.2% in claims during the working day and 1, 8% in the 'in itinere'.

Likewise, according to provisional data from the Ministry, up to July, 319,362 accidents without sick leave were reported, 0.5% more than in the same period in 2021.

In light of these data, CCOO has denounced in a statement that "one of the worst current social and labor indicators is the uncontrolled growth of work accidents."

“We have been warning all of 2022 that, if we do not correct the course, we will go above 800 deaths at the end of the year, and the data for July not only do not reverse this trend but unfortunately consolidate and reinforce it. We are talking about a absolutely unaffordable volume of deaths", said Mariano Sanz, secretary of Occupational Health and Environmental Sustainability of the CCOO.

The union official has urged the Government to take workplace accidents "seriously" and open a negotiation to modify regulations that were changed in the heat of the previous crisis, "which have unbalanced and deteriorated risk prevention in an effort to eliminate impediments, administrative procedures to companies and promote a prevention market", Sanz denounced.

"It is clear that these data reflect the deterioration of occupational risk prevention in companies and of the Spanish preventive system as a whole. We cannot ignore that it is a direct responsibility of companies, but administrations must also promote active public policies in terms of occupational health to reverse this situation and return to the path of reducing work accidents", he remarked.

CCOO wants the Ministry of Labor to open "immediately" a specific table for social dialogue on this matter and not delay the approval of the Spanish Strategy for Safety and Health at Work 2022-2027 negotiated with the social agents and the autonomous communities .

In addition, it has summoned the Executive to improve the surveillance and inspection systems of companies, providing more human and technical resources to the Labor Inspection.

‹ ›
Keywords:
Accidentes LaboralesMinisterio De Trabajo
Your comment has been forwarded to the administrator for approval.×
Warning! Will constitute a criminal offense, illegal, threatening, offensive, insulting and swearing, derogatory, defamatory, vulgar, pornographic, indecent, personality rights, damaging or similar nature in the nature of all kinds of financial content, legal, criminal and administrative responsibility for the content of the sender member / members are belong.
Related News