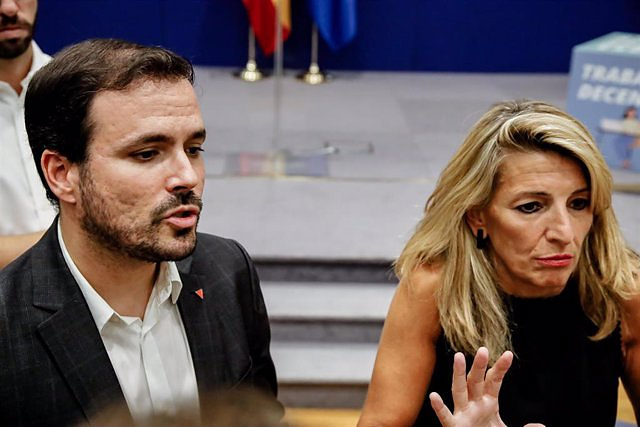 Facua-Consumers in Action has asked the Government to control "from now on" the price of the different products for sale in supermarket and hypermarket chains to avoid possible "traps" in the future basic baskets that they make available to consumers, if they go out forward the measure proposed by the Second Vice President of the Government and Minister of Labor and Social Economy, Yolanda Díaz.

The association has valued this proposal, which focuses on a shopping basket of basic products with "frozen" or "limited" prices, arising from Díaz's meeting with the Carrefour company, but warns that it may entail risks.

In this sense, although Facua is committed to setting maximum prices for those products "where considerable increases in company profit margins are taking place", the association considers that the creation of basic food baskets may be an alternative.

However, he has warned that the Government must be vigilant against possible "traps or deception" to consumers that companies may carry out.

"The Executive must begin to control the price of the food that is going to be included in these baskets, to prevent supermarket chains from artificially inflating prices days before and thus it seems that purchased as part of the basket they have a great discount", he pointed out.

It should also be avoided, according to Facua, that companies, in order to alleviate the sale of cheaper packaged products, decide to raise the price of other important items, as well as guaranteeing that the global discount of the foods that make up the basket is " really significant."

On the other hand, Facua has also insisted that it must be ensured that the products that make up this basic basket do not have an expiration date or preferential consumption date that is too close, to prevent this measure from becoming a way for establishments to dispose of these items.

For this reason, it has urged the Government to monitor the implementation of this initiative and to carry out price controls from its inception, as well as to assess possible sanctioning actions against companies that commit deception.

‹ ›
Keywords:
FacuaEPAgroYolanda Díaz
Your comment has been forwarded to the administrator for approval.×
Warning! Will constitute a criminal offense, illegal, threatening, offensive, insulting and swearing, derogatory, defamatory, vulgar, pornographic, indecent, personality rights, damaging or similar nature in the nature of all kinds of financial content, legal, criminal and administrative responsibility for the content of the sender member / members are belong.
Related News