Extending the calculation period to 35 years would reduce the initial pension by 8.2%, according to the Bank of Spain

Combining it with the discarding of the most unfavorable years could soften the fall and reduce the heterogeneity of pensions. 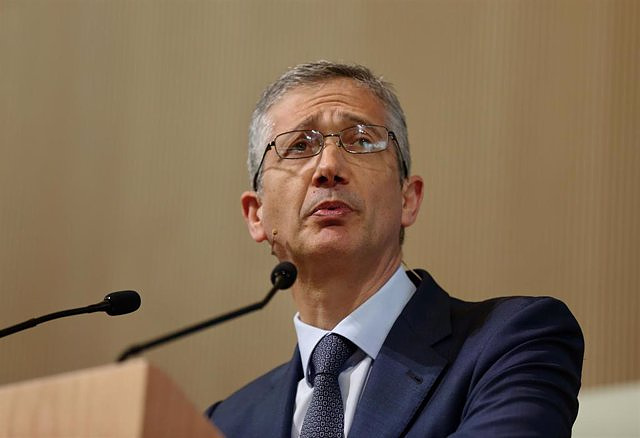 The extension of the period for calculating the regulatory base from 15 to 25 years, the current period, has led to a 5% reduction in the average initial pension, while an extension from 25 to 35 years would cause an additional decrease of 8.2 %, according to the study published this Wednesday by the Bank of Spain entitled 'Estimation of the impact of variations in the calculation period of the regulatory base on the amount of new retirement pensions'.

The body, which takes the 2019 pensions, points out that simultaneously extending the calculation period to 35 years with the discarding of the most unfavorable years to determine the regulatory base would allow smoothing the fall in the average initial pension, while reducing the heterogeneity of pensions. However, inequality would fall to a lesser extent than if the calculation period were restricted to 35 prior to the pension.

In addition, the agency considers that this way of determining the regulatory base would produce, on average, an increase in the initial benefit of pensions that are below the median (with respect to a scenario in which the regulatory base is calculated at from 25 years prior to retirement) and a drop in the initial benefit for pensions in the fourth quartile of the distribution --the highest--.

"Extending the calculation period would have a heterogeneous impact among pensioners. In particular, the effect would be less for pensions below the median, which would result in less inequality," the agency highlights.

Just this week, the Minister of Inclusion, Social Security and Migration, José Luis Escrivá, stated that, within the framework of the negotiation with the social agents to complete the pension reform that has already been resumed, he will propose, following the recommendations of the Pact de Toledo, how to help improve the fairness of the system when calculating the pension in the new professional careers, which are no longer the traditional ones.

In this sense, the minister, who has ruled out that the period taken into account to determine the amount of the pension will be extended from the current 25 years to 35 years, explained that, for one in three workers, the best years of contribution are no longer the last of their career, as was the case in traditional careers.

For this reason, and in order to improve the fairness of the system, he believes that "we must turn this around" and analyze with the social agents whether it is possible to act on the period for calculating the pension and at the same time "destroy the worst years of contribution" and give a better treatment to contribution gaps (periods in which there is no contribution due to not being employed).

EFFECT OF THE EXTENSION OF THE CALCULATION ON THE INITIAL PENSION

The report highlights that, under the change in the average initial pension indicated, as a result of the different calculation periods of the regulatory base, there is a high degree of heterogeneity underlying the different characteristics of the workers and their pension

In the first place, in terms of gender, the extension of the calculation period would affect the initial average pension of women and men in a similar way, although the negative effect would be somewhat greater for women in the case of the extension from 15 to 25 years, and somewhat higher for men in the event of an extension from 25 to 35 years.

The marginal effect of extending the number of years would be particularly high for the group of workers with more than one year of unemployment, so that an extension of the calculation period from 25 to 35 years would reduce their average initial pension by 7.8% .

In the case of the highest pensions, corresponding to the last quartile, the effect of extending the calculation period from 15 to 25 years would generate a reduction of the average initial pension of 4.7%, less than that observed in the pensions of the third quartile. However, the marginal effect of moving from 25 to 35 years for benefits in the fourth quartile would be more pronounced, since the average initial pension for benefits in that quartile would fall by 10.1%.

RESTRICT THE CALCULATION PERIOD TO THE MOST FAVORABLE YEARS

For its part, the possibility of discarding the most unfavorable contribution years for calculating the benefit could soften the fall in the average pension as a result of the extension of the calculation period.

‹ ›
Keywords:
PensionesBanco De España
Your comment has been forwarded to the administrator for approval.×
Warning! Will constitute a criminal offense, illegal, threatening, offensive, insulting and swearing, derogatory, defamatory, vulgar, pornographic, indecent, personality rights, damaging or similar nature in the nature of all kinds of financial content, legal, criminal and administrative responsibility for the content of the sender member / members are belong.
Related News