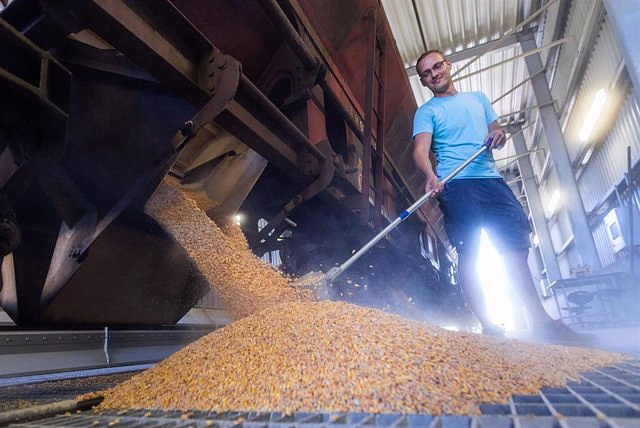 The commercial corridors set up by the European Commission for agri-food merchandise from Ukraine allowed 61% of Ukrainian cereal exports to be removed until August, a senior community official reported on Tuesday.

Until the month of August, 14 million tons of grain were removed, more than half through the European initiative 'solidarity corridors' to make customs clearance for goods from Ukraine more flexible, while the remaining 39% was channeled through the Black Sea thanks to the agreements reached at the United Nations level to unblock the Ukrainian ports.

Specifically, in the month of August 2.6 million tons of agricultural products left the country thanks to the 'solidarity corridors', an advance compared to the 1.3 million in April, when Brussels decided to launch The initiative.

Half of the exports went through the port city of Constanta in Romania, followed by routes to the port cities of Gdansk and Szczecin in northern Poland.

Brussels estimates that Ukraine's harvest this year will reach 50 to 52 million tonnes, an improvement over earlier forecasts months ago. Of which, corn production could reach 14 million tons.

Ukraine and Russia accounted for 26% of world wheat exports and 14% of corn exports, with countries in the Middle East and Africa among the main buyers of their grains.

Brussels is working to ease transport costs and reduce bottlenecks at a time when the Black Sea route has been opened, but in the community capital they understand that it is "critical" to maintain all the corridors for Ukraine's commercial exports, which also serves to transport goods within the country in the midst of war with Russia.

"The corridors are here to stay and offer stable and safe routes," said the senior community official, who stressed that there is coordination with the members of the G7 to keep this route open to agricultural exports and imports. "We are going to continue working and the common position is that they are here to stay", he has indicated.

‹ ›
Keywords:
Comisión EuropeaUcrania
Your comment has been forwarded to the administrator for approval.×
Warning! Will constitute a criminal offense, illegal, threatening, offensive, insulting and swearing, derogatory, defamatory, vulgar, pornographic, indecent, personality rights, damaging or similar nature in the nature of all kinds of financial content, legal, criminal and administrative responsibility for the content of the sender member / members are belong.
Related News