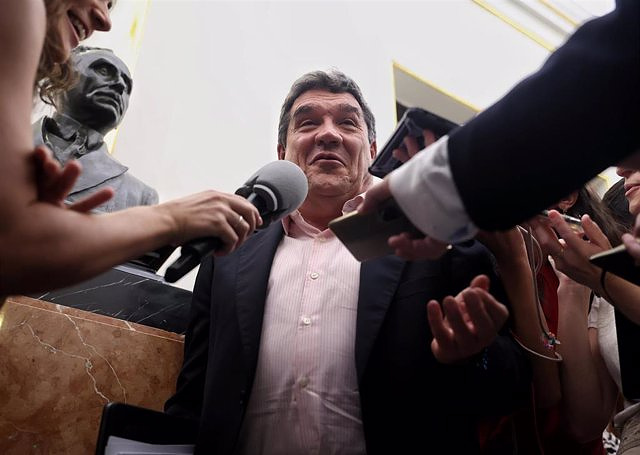 The Minister of Inclusion, Social Security and Migration, José Luis Escrivá, assured this Wednesday that, in the controversy over regional taxes, the word recentralization did not come out of his mouth.

In statements to the press in the corridors of Congress, Escrivá pointed out that "what he is hearing in the Government" is "basically" the same position that he has defended: that what communities such as Andalusia and Madrid are doing is "reportable" with certain taxes.

"And above all, how it is being presented, as a deliberate exercise of redistribution of wealth between autonomous communities through a fiscal measure. And that is denounceable and we all agree on that," the minister stressed.

In his opinion, the important thing is to "evaluate" what is happening and that it be the Minister of Finance, María Jesús Montero, who is the one who has competence in this matter, who decides what to do in the future.

The minister responded in this way when asked about some statements made yesterday on Onda Cero, in which, in a personal capacity, he was in favor of centralizing taxes to prevent the autonomous communities from competing with each other in fiscal matters after Andalusia and Madrid have announced the abolition of the Wealth Tax.

Although the minister did not use the expression centralize or recentralize taxes, the interviewer asked him directly if they should be centralized, to which Escrivá answered affirmatively, also making it clear that this was his personal opinion and that he had defended it in the past, before being Minister.

"In Spain we are very installed in this transfer of taxes that has a long tradition, but that I, personally, do not like and that generates these drifts as undesirable as the ones we are seeing these days," Escrivá stressed yesterday.

‹ ›
Keywords:
Seguridad SocialEscrivá
Your comment has been forwarded to the administrator for approval.×
Warning! Will constitute a criminal offense, illegal, threatening, offensive, insulting and swearing, derogatory, defamatory, vulgar, pornographic, indecent, personality rights, damaging or similar nature in the nature of all kinds of financial content, legal, criminal and administrative responsibility for the content of the sender member / members are belong.
Related News