Escrivá acknowledges the "complicated" inflationary situation, but stresses that pensions will rise with the CPI 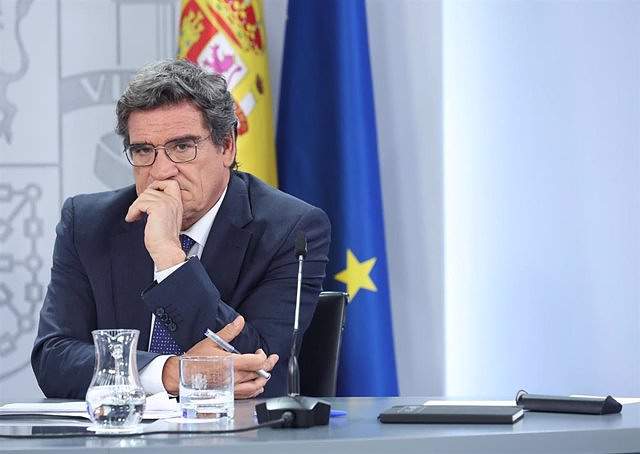 The Minister of Inclusion, Social Security and Migration, José Luis Escrivá, has recognized the "complicated" inflationary situation, after learning that the CPI shot up to 10.8% in July, but has remarked that pensions will be revalued according to the Index of Consumer Prices, as stipulated by law.

In statements to the media before attending the presentation of the 2021 Report of the Messengers of Peace Association, Escrivá has stressed that the revaluation of pensions will be done as established by law and in accordance with what has been agreed with social agents and parliamentary groups.

"Pensioners have to be calm that their purchasing power is maintained because, precisely in situations like this, the protective action of Social Security is deployed", defended the minister.

Although Escrivá does not believe that Spain will enter a "technical recession" like the United States, the minister has admitted that the inflationary situation is "complicated". "The factors that are causing this process to extend over time are being prolonged," he pointed out.

However, it considers the measures promoted by the Government to protect the people and companies most affected by price increases, as well as the decisions that are being taken at European level, to be relevant. "We must have expectations that this process, which is transitory, will begin to subside as decisions are being made at the international level, especially at the European level, and they will be successful," he concluded.

‹ ›
Keywords:
PensionesSeguridad SocialEscrivá
Your comment has been forwarded to the administrator for approval.×
Warning! Will constitute a criminal offense, illegal, threatening, offensive, insulting and swearing, derogatory, defamatory, vulgar, pornographic, indecent, personality rights, damaging or similar nature in the nature of all kinds of financial content, legal, criminal and administrative responsibility for the content of the sender member / members are belong.
Related News