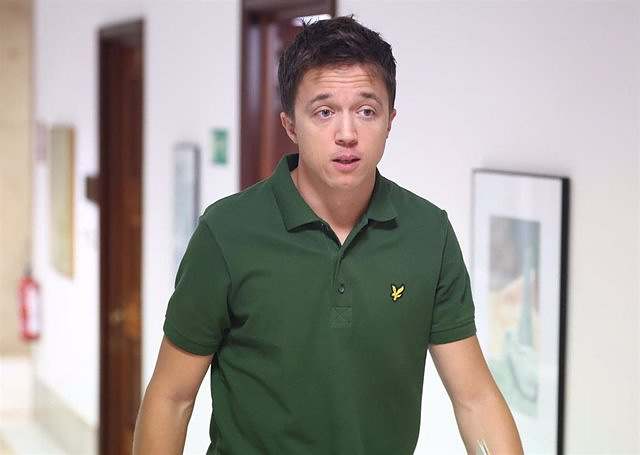 The leader of Más País, Íñigo Errejón, has urged the PSOE and United We Can to unblock the reform of the Citizen Security Law ---known by his detractors as the 'Gag Law'--, which has been paralyzed in Congress for two years , after knowing the case of the "slap" that a police officer gave a taxi driver last Saturday during a demonstration in Seville.

Errejón, has called the Government to account, which he has asked in Congress if he intends to open an investigation in this regard. He has also taken the opportunity to once again request the two parties that make up the government coalition to give free rein to the processing of this reform of the law approved during the Government of Mariano Rajoy.

In his initiative, collected by Europa Press, Errejón points out that "probably" the taxi driver who was attacked by the police last Saturday in Seville "will be tried for attack and resistance to authority thanks to the 'gag law'", while It is more likely that the agent "no file will be opened" even though his "absolutely unnecessary and brutal" gesture earned him another police officer to fail him.

The leader of Más País recalls that the reform of the 'Gag Law' has already accumulated two years of delay in Congress and urges the PSOE and United We Can to unblock it and "guarantee the fundamental rights of the people who demonstrate", retouching his article 36, relative to the figures of attack and resistance to authority.

‹ ›
Keywords:
PSOEÍñigo ErrejónPodemosPolicíaTaxiMás País
Your comment has been forwarded to the administrator for approval.×
Warning! Will constitute a criminal offense, illegal, threatening, offensive, insulting and swearing, derogatory, defamatory, vulgar, pornographic, indecent, personality rights, damaging or similar nature in the nature of all kinds of financial content, legal, criminal and administrative responsibility for the content of the sender member / members are belong.
Related News