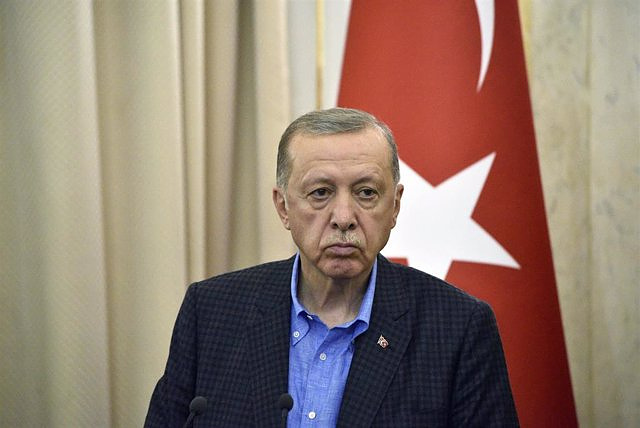 The President of Turkey, Recep Tayyip Erdogan, stressed on Tuesday that the community response to the Russian invasion of Ukraine has caused Europe to have serious energy supply problems, which is why it is now "reaping what it has sown".

"(We) have no problem with natural gas. Europe reaps what it sows. I think Europe is going to spend this winter with serious problems," said the Turkish president from the Esenboga airport in Ankara, before leaving for Bosnia and Herzegovina.

Erdogan has highlighted that "Europe's attitude" towards Russian President Vladimir Putin, as well as the European Union's sanctions against Moscow, have caused the Russian president to "oppose" the community club and take measures against it, according to has picked up the Anatolia news agency.

Russia has decided to cut off gas to Europe through the Nord Stream gas pipeline indefinitely. This was announced by the gas monopoly Gazprom, who justified the closure due to problems of oil leaks in the only active compressor unit.

With regard to Turkey, it should be remembered that the Turkish government announced in early August, during Erdogan's visit to Russia, its intention to pay part of its Russian gas imports in rubles.

While Turkey has expressed opposition to Russia's invasion of Ukraine, it has so far refrained from joining US and European sanctions against Russia to facilitate a "mediator" role in the crisis.

Russia has also provided Turkey with much-needed foreign currency liquidity by transferring billions of dollars to a Turkey-based subsidiary of Russian nuclear operator Rosatom to complete construction of a plant on the Mediterranean coast.

‹ ›
Keywords:
TurquíaErdoganUcrania
Your comment has been forwarded to the administrator for approval.×
Warning! Will constitute a criminal offense, illegal, threatening, offensive, insulting and swearing, derogatory, defamatory, vulgar, pornographic, indecent, personality rights, damaging or similar nature in the nature of all kinds of financial content, legal, criminal and administrative responsibility for the content of the sender member / members are belong.
Related News