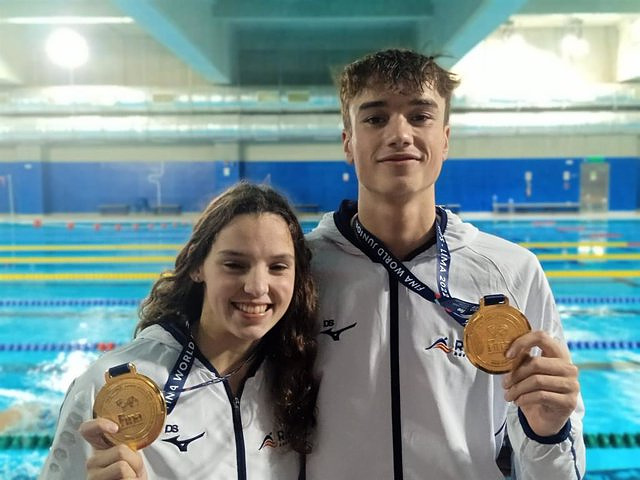 The Spanish swimmers Emma Carrasco and Carlos Garach have been proclaimed this morning champions of the junior world of 200 meters breaststroke and 1,500 free in the World Championship of the category that is being disputed in Lima (Peru).

The man from Granada, who a couple of days ago also became champion in the final of the 800-meter freestyle, once again exhibited his power to win his second gold. In the case of Carrasco, he also gets his second medal after the bronze in 200 styles and now the gold. A festival of Spanish swimming on the last day of competition.

The Catalan discharged all her strength in the 200m final to beat the seven rivals with a time of 2.26.93. Precisely, the Japanese Yumeno Kusuda dominated the first 100 meters, 68 hundredths of Carrasco, although in the last 50 she took almost three seconds from the Japanese silver and the Turkish Defne Coskun, bronze.

Carlos Garach was also not far behind in the 1,500 free and kept up his pursuit of Laszlo Galicz. Unperturbed, he launched his final attack in the first third of the test and did not leave his throne after finishing with a time of 15.08.14, with more than four seconds to the Hungarian and almost ten to the Romanian.