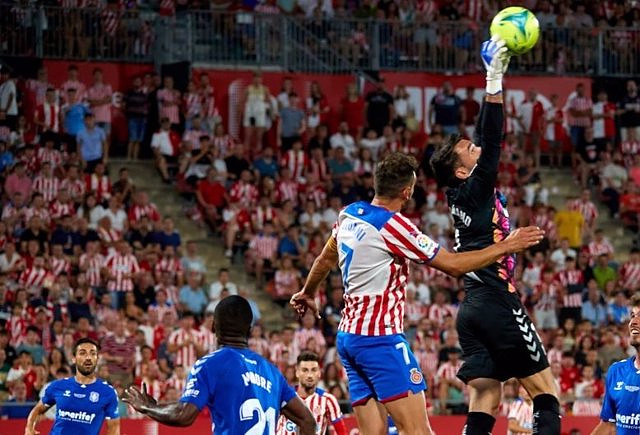 Girona and Tenerife did not go beyond a goalless draw this Saturday in the first leg of the final playoff for promotion to LaLiga Santander held in Montilivi, a lost bullet at home for the Catalans, who were also dominators of the match.

Next Sunday, the Heliodoro Rodríguez López will decide the third and last ticket to the First Division, after the promotions of Almería and Valladolid. The Canarians neutralized the good predisposition of a Girona that does not want to fail in its third final in a row.

The Catalan team was much better in the first half, but for Tenerife the plan did not go all wrong. Míchel's men moved the ball quickly and found dangerous situations, although only one clear chance, a one-on-one from Baena that Soriano saved.

The almost total control of the locals did not mean a siege and, although they controlled the vertical condition of the Canarians, they also had it. After losing both games this season against Ramis' men and with a tie against Eibar prior to this final also improvable, Girona took a step forward.

After three minutes Pol Lozano had a shot on goal, shortly after Arnau won the bottom line, and that's how Girona arrived. A couple of corners, a combing by Juanpe, the only thing missing was to connect with a well-guarded Stuani. Tenerife did not leave their field for many minutes and after half an hour they created their chance with a ball that hit the second post and Mollejo made it dangerous.

The best thing about Girona was the pressure after losing and in the 39th minute their great option came with Baena, after a steal by Aleix García. The resumption continued with the same script, but Girona's rhythm was failing, the pass at the first touch, and Tenerife felt more comfortable. The Ramis team also had a very clear against, which Mollejo did not know how to do well, although thinking more about the return.

Míchel's team rushed in and did not find a clear path to the goal, which they will have to look for in the Heliodoro, since this tie would be worth the Canarians after extra time. The return to the First Division after 12 years is closer for Tenerife and not further away for a Girona that wants the third time to be the charm.