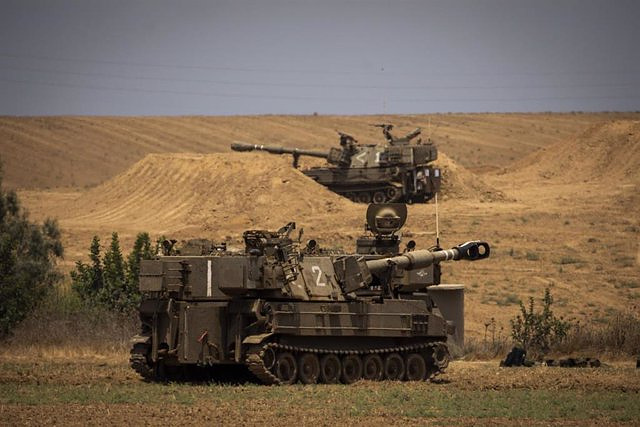 The Egyptian negotiators have presented to Israel and Islamic Jihad the first proposal to stop the hostilities that began on Friday in the so-called 'Dawn' operation of the Israeli Army against positions of the Palestinian terrorist group in the Gaza Strip, to which the armed organization has responded with the launch of more than 200 rockets against Israeli territory.

Egyptian security sources have confirmed the proposal to DPA and assured that a team of negotiators is ready to travel to Israel and Gaza at any time to assess the situation.

On behalf of the Government, the traditional mediator in the Israeli-Palestinian conflict, the Egyptian Foreign Ministry conveyed Cairo's willingness to increase contacts to contain the situation in Gaza.

‹ ›
Keywords:
IsraelEgiptoTerrorismoPalestina
Your comment has been forwarded to the administrator for approval.×
Warning! Will constitute a criminal offense, illegal, threatening, offensive, insulting and swearing, derogatory, defamatory, vulgar, pornographic, indecent, personality rights, damaging or similar nature in the nature of all kinds of financial content, legal, criminal and administrative responsibility for the content of the sender member / members are belong.
Related News