Ecoener quadruples its net profit in the first half, to 12 million euros 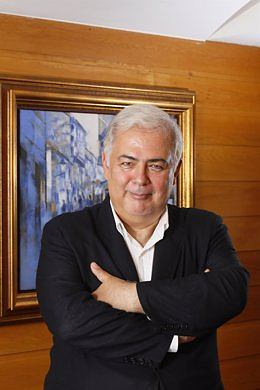 Ecoener has multiplied by four its net profit in the first half of 2022 with 12 million euros, compared to 2.7 million euros in the same period in the previous year, according to the information sent this Thursday to the National Commission of the Market of Securities (CNMV).

Meanwhile, the operating 'cash flow' (cash flow, in Spanish) stood at 24.6 million euros, 110% more than the 11.7 million in the first half of the previous year.

The company has also reported that the investment in its assets has exceeded 34 million euros, increasing by 14 million euros (75%) compared to that made in the first half of 2021.

"The accounts published today reflect the consolidation and strength of the company's strategy and the profitability of the facilities that are in operation after more than three decades of business history", the company has assessed regarding the results obtained.

The company has a generation capacity of 171 megawatts (MW) of installed power, made up of seven hydroelectric plants, 13 photovoltaic plants and nine wind farms. In addition, it has a further 186 MW under construction, which, in the company's opinion, "will contribute significantly to increasing Ebitda in 2023."

Likewise, Ecoener's portfolio of operations includes assets in Spain and in 10 other countries in Central America, South America, Central Europe and Africa.

Regarding sustainability indicators, in the first half of 2022, Ecoener's energy production, according to its data, has avoided the emission of more than 32,000 tons of CO2 into the atmosphere, which in turn is equivalent to reducing by almost 15,000 tons of fossil fuel consumption.

"The group is now in the process of verifying the carbon footprint of its activities to complete the implementation of the standards and actions in terms of sustainable development that it has been putting into practice since its inception," added the company on this section.

According to Ecoener, stock market analysts from six financial entities and securities firms estimated that the potential revaluation of the company's shares "was 29% and the consensus price was an average of 7.7 euros per share" .

"The shares have increased their value by more than 30% so far in 2022 and the price reached its annual maximum last July, marking 6.5 euros per share," added Ecoener.

‹ ›
Keywords:
CNMV
Your comment has been forwarded to the administrator for approval.×
Warning! Will constitute a criminal offense, illegal, threatening, offensive, insulting and swearing, derogatory, defamatory, vulgar, pornographic, indecent, personality rights, damaging or similar nature in the nature of all kinds of financial content, legal, criminal and administrative responsibility for the content of the sender member / members are belong.
Related News