Echenique (Podemos) rejects Griñán's pardon after confirming his conviction by the ERE: "It's for other kinds of things" 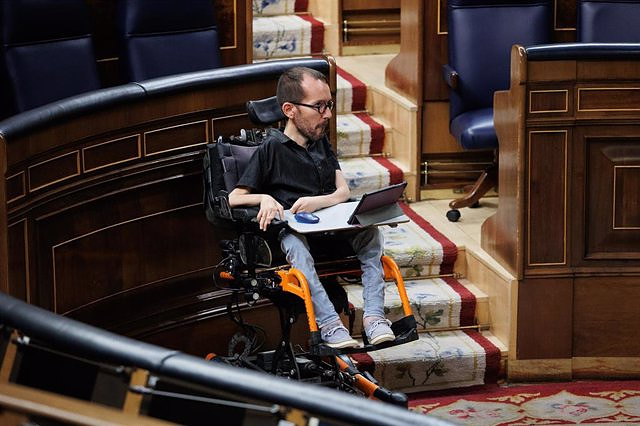 The spokesman for United We Can in Congress, Pablo Echenique, has rejected the possibility that the Government grant pardon to the former president of the Junta de Andalucía José Antonio Griñán, after ratifying his sentence for the ERE case.

"We think that the prerogative of pardon cannot be used for this type of thing. We are the political force that has worked hardest to evict Mariano Rajoy from Moncloa for corruption and pardon is for other types of things," he stressed. in statements to TVE, collected by Europa Press.

Since the resolution of the Supreme Court confirming the conviction of Griñán was known, the purple formation has slipped its position contrary to granting the former socialist leader a measure of grace, although it had not made its opposition explicit.

Yesterday, the head of Equality, Irene Montero, said that the pardon had not yet been requested, although she emphasized that Podemos "was born to end the worst practices of bipartisanship" and that this commitment does not change.

"That request for pardon has not even been produced, when it occurs we will value it, but what does not change and remains is that commitment to end the worst practices of bipartisanship. That is why we govern (...) This is a better country when these practices are banished," he told the media.

The Supreme Court ruled that the former Andalusian president was "aware of the illegality" of the criteria followed with the ERE, while highlighting his "passivity" in the face of the "waste and arbitrariness" with which the aid was granted, according to It is stated in the sentence that was released this Wednesday and whose ruling had been advanced on July 26.

On the other hand, the magistrates Ana María Ferrer and Susana Polo believe that Griñán should have been acquitted of the crime of embezzlement, one of the two for which he has been sentenced --along with prevarication-- in the 'ERE case', consider in a dissenting opinion the ruling that there was no "fraud" in his actions because, being outside the Ministry of Employment, he did not participate in the execution of the final phase of the budgets, so they only see in him an "excess of confidence " towards his colleagues in government.

Meanwhile, his defense plans to formalize before the Supreme Court an incident of annulment regarding the sentence of said instance that dismisses his appeal for annulment of Griñán, against the sentence of the First Section of the Court of Seville that sentences him to six years and two days in jail and 15 years and two days of disqualification for continued crimes of embezzlement and prevarication for fraudulent employment regulation files (ERE) and arbitrary aid to companies.

‹ ›
Keywords:
Junta De AndalucíaEREPodemosPablo EcheniqueIndultos
Your comment has been forwarded to the administrator for approval.×
Warning! Will constitute a criminal offense, illegal, threatening, offensive, insulting and swearing, derogatory, defamatory, vulgar, pornographic, indecent, personality rights, damaging or similar nature in the nature of all kinds of financial content, legal, criminal and administrative responsibility for the content of the sender member / members are belong.
Related News