EA Sports, main sponsor of all LaLiga competitions from the 2023-2024 season 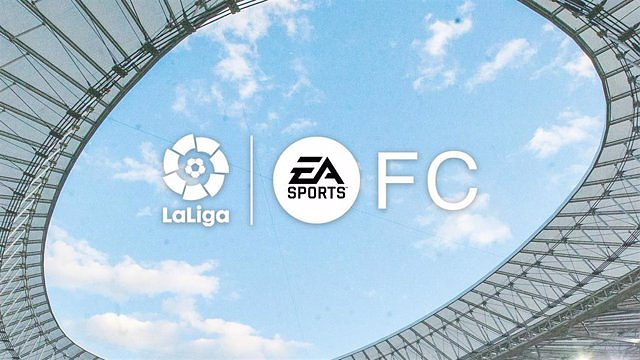 The company Electronics Arts Inc. (NASDAQ: EA) and LaLiga announced this Tuesday the signing of a medium-term agreement by which EA SPORTS will give name to all the employer's competitions from the 2023-2024 season, as well as allow both organizations to offer innovative experiences around the world, according to a statement.

In addition, according to the note issued by LaLiga, new logos, graphics, fonts and other visual elements will be created after this agreement. "This partnership will deliver new gameplay features, significant enhancements to match broadcasting, increased fan interaction and joint commitments to support grassroots initiatives," he reported.

Thus, this new alliance, which replaces Banco Santander, the main sponsor for the last seven seasons, will name the First and Second Divisions, as well as eLaLiga and LaLiga Promises (the annual LaLiga youth tournament). "EA SPORTS FC is committed to delivering the most authentic and immersive experiences in world football. Our innovative new collaboration with LaLiga further elevates that ambition and cements both organizations' position at the center of football culture," said David Jackson. , Vice President of Brand for EA SPORTS FC.

"The potential scope and scale of this partnership is deeply exciting, as is the opportunity to deliver incredible experiences to fans through in-game innovation, interactive entertainment and initiatives at the grassroots level."

For his part, the president of LaLiga, Javier Tebas, stressed that EA SPORTS represents "the vanguard of interactive football experiences", while LaLiga is "the spearhead of football competitions in the world".

"We have been strategic partners of EA SPORTS for years and this extended agreement is a commitment to offer all football lovers a qualitative leap in terms of innovation, merging the virtual and real world of the beautiful game, with which to inspire especially the younger ones," Tebas stressed.

With this agreement, fans will enjoy the technological innovations, improvements and development of the game, and the most outstanding content of real football. Therefore, from LaLiga they expressed that this collaboration with EA SPORTS "is called to be a true transformation in the way of enjoying the football experience throughout the world".

"In addition, this alliance provides an additional boost to the successful internationalization project, one of the fundamental axes of LaLiga's strategy," said Óscar Mayo, executive director of the employers' association.

Finally, the SVP and GM of EA SPORTS FC, Nick Wlodyka, was "delighted" with this association "with a world leader in football". "LaLiga's contribution to EA SPORTS FC will be immense, not only from a visual aspect, but through technological improvements and in-game development, further blurring the lines between the real and virtual world of football," he concluded. .