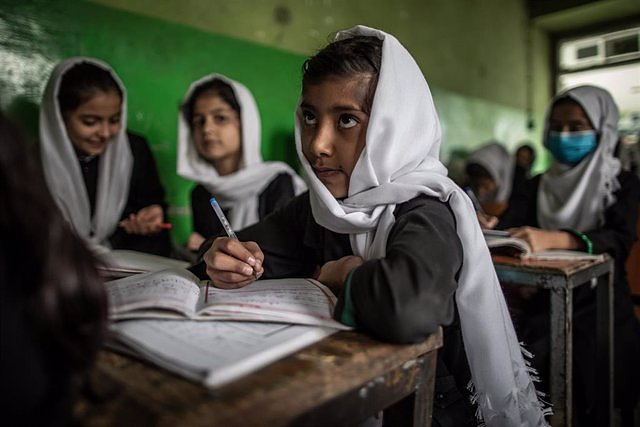 Dozens of girls have demonstrated this Saturday in the Afghan province of Paktia (east) to protest the closure of their schools, amid the Taliban's refusal to reopen secondary schools for female students since they came to power.

The protest took place days after several educational centers in the province reopened their doors, despite the fact that the authorities had not issued an official order in this regard.

In fact, the authorities rejected the decision, adopted by tribal leaders, and ordered the closure of the centers again, while the Taliban spokesman and Deputy Information Minister, Zabihulá Muyahid, stated that what happened would be investigated.

In this sense, Muyahid stressed that only the Afghan Ministry of Education has the competence to adopt measures on this point, which has provoked the protest, according to videos published by the Afghan television network Tolo TV.

The Taliban announced at the end of May the creation of a committee to address the possible reopening of classes for female students in secondary and higher courses, following international criticism of the continued closure of these classrooms since their return to power after the flight from Kabul of the then President Ashraf Ghani, before his military advance towards the capital, in August 2021.

The group, which has established a government marked by the lack of women and representatives of other political groups, has faced criticism for the closure of educational centers and the exclusion of female students from them, amid a battery of measures discrimination against women that drive them away from their jobs and govern aspects of their daily lives.