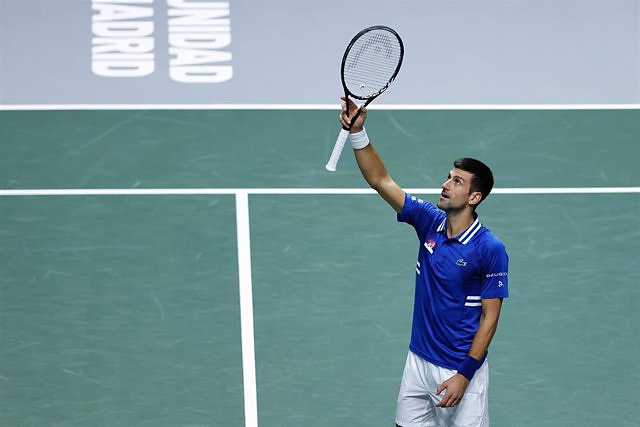 The Serbian tennis player Novak Djokovic will not finally play for "personal reasons" the group stage of the Davis Cup Finals that will be played in Valencia between September 13 and 18, where his team is drawn together with Spain.

"I believe in our good tennis and that we will qualify for the Malaga finals in November where Novak would join us. This time, our best tennis player had to cancel his participation in the Davis Cup for personal reasons," said the captain of the Serbian team. Victor Troicki in statements collected by the portal 'Sportski Zurnal'.

In this way, Serbia will compete in Valencia with a team made up of Miomir Kecmanovic, Filip Krajinovic, Laslo Djere, Dusan Lajovic and Nikola Cacic in a group where the first two go through and where, in addition to the Spanish team, there are Canada and South Korea.

Djokovic, 35, is currently not participating in the US Open as he is unable to travel to New York without being vaccinated against the coronavirus. According to his home page, he is scheduled to play in the Laver Cup from September 23-25 ​​in London.