Oksana Pokalchuk regrets that the NGO did not offer kyiv more time to accurately respond to her accusations. 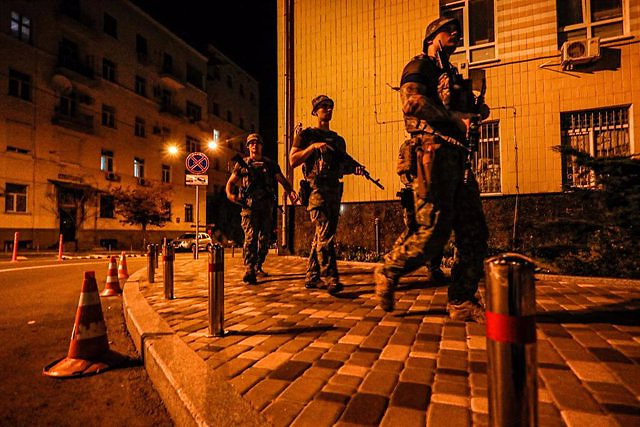 The director of the Ukrainian section of the NGO Amnesty International, Oksana Pokalchuk, has announced her resignation in protest at a controversial report in which the organization accuses Ukrainian forces of endangering the lives of the country's civilians in their campaign to repel Russian aggression; document that Amnesty has defended despite criticism from the Ukrainian government.

"I left Amnesty International in Ukraine. This is another loss that the war has cost me," Pokalchuk made known in a Facebook post where he regrets, above all, that the organization did not include a detailed opinion of the Ukrainian government in the writing Of the report.

"The representatives of Amnesty International went to the Ministry of Defense to ask for a reaction, but they gave very little time to respond," he explains.

"As a result of this, albeit reluctantly, the organization produced material that seemed to support the Russian narratives. In an attempt to protect civilians, this study has ended up becoming a Russian propaganda tool," he lamented.

In its letter, AI criticized the Ukrainian Armed Forces for "establishing bases and operating weapons systems in areas inhabited by civilians", including educational and health facilities, with the aim of repelling the Russian offensive.

This accusation was quickly answered by the Ukrainian authorities, who denied committing this type of action and criticized the NGO for trying to equate Russia's attacks with its defense operations. However, AI has reaffirmed this Friday in its words.

"The Ukrainian authorities have denied these allegations, but Amnesty International has direct testimonies that support its investigation and fieldwork that has been beyond doubt since the beginning of the conflict," the organization's delegation to Spain said in a statement.