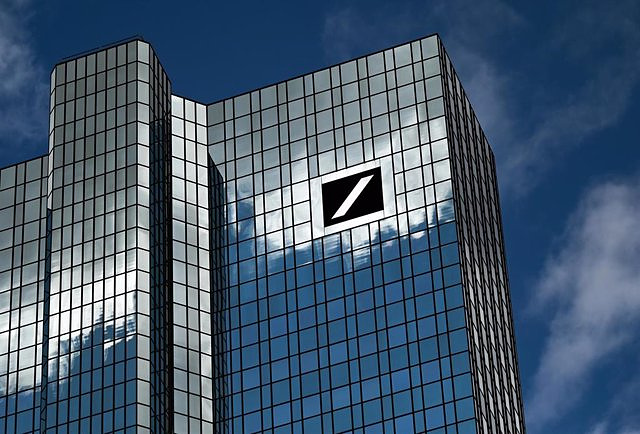 Deutsche Bank, the largest bank in Germany, recorded a net attributable profit of 2,106 million euros in the first six months of 2022, which represents an increase of 31.6% compared to the result of the same period of the previous year and its highest profit in the first half of the year since 2011, as announced by the entity.

Between January and June, Deutsche Bank increased provisions for credit risk to €525 million, compared to €144 million in the first half of 2021, including €233 million in the second quarter.

The turnover of the German bank in the first half of 2022 reached 13,977 million euros, 3.7% above the income recorded a year earlier.

Revenues from the corporate banking area grew by 18%, to 3,012 million euros, while those of investment banking increased by 9%, to 5,969 million, and those of the private banking business by 4%, to 4,381 million. On its side, asset management reported income of 1,338 million, 6% more.

In the second quarter, Deutsche Bank recorded an attributable net profit of 1,046 million euros, which represents an improvement of 51% compared to the result achieved between April and June 2021. The turnover of the German entity in this period reached 6,650 million, 6.6% more.

Looking ahead to the full year, Deutsche Bank has confirmed the 2022 revenue forecast of €26-27 billion, despite the deteriorating macroeconomic environment seen in the second quarter and expectations of a more challenging second half of the year.

Deutsche Bank remains committed to continuing its cost reduction efforts and will continue to execute on its 2022 plan, while acknowledging mounting cost pressures from factors beyond its control, including higher-than-expected bank levies, inflation, unforeseen costs related to the war in Ukraine and litigation. Thus, the bank's orientation is now towards a cost/revenue ratio in the mid-low level of 70% by 2022.

In addition, the bank has made the decision not to limit strategic investments in its control environment, people and technology to drive growth and efficiency, while maintaining an after-tax RoTE target of 8% by 2022.

"Despite a difficult environment, today we are much stronger in terms of revenue than we thought possible when we announced our transformation in 2019 (...) However, we are not immune to the macroeconomic environment, so we are preparing to the likely event of an economic downturn," said Christian Sewing, CEO of Deutsche Bank.

In addition, the top executive of the German bank highlighted that inflationary pressures are also having an impact on the entity, which explains why adjusted costs increased year-on-year to 4,700 million euros, partly due to factors beyond the bank's control.

"As a result, we believe that a cost / income ratio of 70% is not feasible in the current macro environment, at least not if we want to continue investing in our business, technology and controls as planned," said Sewing, for whom cut these investments in the long run it would be the wrong response to unexpected events.

‹ ›
Keywords:
AlemaniaSector FinancieroDEUTSCHE BANK
Your comment has been forwarded to the administrator for approval.×
Warning! Will constitute a criminal offense, illegal, threatening, offensive, insulting and swearing, derogatory, defamatory, vulgar, pornographic, indecent, personality rights, damaging or similar nature in the nature of all kinds of financial content, legal, criminal and administrative responsibility for the content of the sender member / members are belong.
Related News