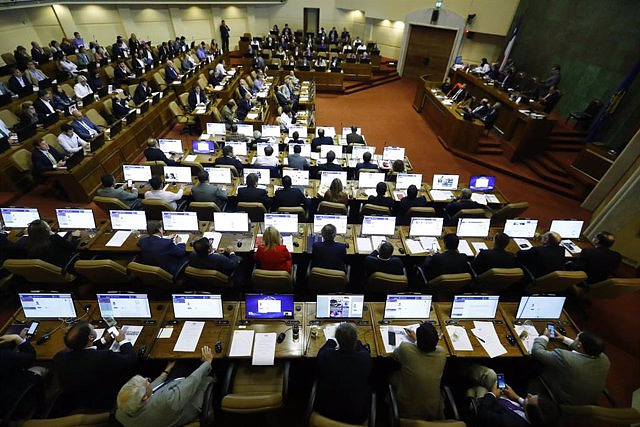 The Parliament of Chile has denounced this Saturday that a hundred members have been receiving threats through institutional email with the aim of avoiding the new constitutional process of the country after the rejection of the polls the previous Sunday.

"Several parliamentarians have received explicit threats through email and publication of the addresses of deputies and senators to inhibit the process of dialogue and search for agreements to enable a new constitutional process," said Raúl Soto, president of the Chamber of Deputies, in a video posted on his Twitter account.

In this sense, Soto has asserted that these actions will not "intimidate or stop" them, since "this process is necessary for Chile and its democracy."

Thus, it has announced that the threatened politicians would denounce the Cybercrime Investigative Brigade of the Investigative Police (PDI) of the country to "carry out all the corresponding legal factions so that this situation is investigated and the responsibilities of the people who They are behind," he warned.

"As a table, we undoubtedly reject an action of this nature. We want to tell those who are behind this that (...) we are convinced that we have a mandate delivered by the entry plebiscite and that we will seek agreements to have a new constituent process and a new Constitution in democracy", said Sepúlveda.

According to local media, the politicians affected are more than 100. It should be noted that the Lower House is made up of a total of 155 members.

On Sunday, September 4, the Chilean Electoral Service (Servel) reported that the 'rejection' of the referendum on the draft of a new Constitution had prevailed over the 'approval' with a large majority: 62 percent compared to 38 percent. cent, respectively.

Among the political parties in Chile, whether on the left or right, there is a political consensus that a new Magna Carta must be carried out that eliminates the Constitution of former dictator Augusto Pinochet, and that it be elected by the citizens.