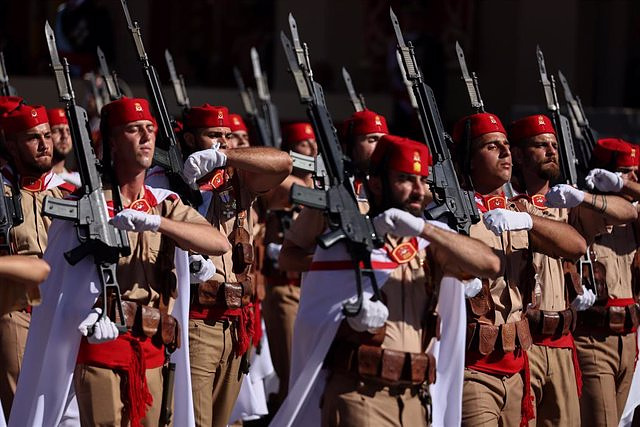 The Ministry of Defense has included a single payment of 660 euros in the payroll of all members of the Armed Forces for the month of November, which will be added to the arrears due to the 1.5% increase approved by the Government for all civil servants. public.

Next month, all the military will receive a bonus of 660 euros under the name of 'single incentive payment', as announced by 'elconfidencialdigital' and sources from the Department led by Margarita Robles have confirmed to Europa Press.

This remuneration will be added to the November payroll to the payment of delays due to the 1.5% increase agreed by the Government for all civil servants, which is retroactive from January 1 of this year.

However, this 'extra pay' has not satisfied the professional associations of the Armed Forces, which claim that the military should have "fair" salaries throughout the year and not depend on payments that remain "at the magnimity" of the rulers.

This is how ATME has defended it, which has warned the Defense that "this is not the way". "The 'scarves' or 'single payments' cannot be an electoral trump card that is not consolidated in remuneration and remains up to the 'magnanimity' of the ruler", she has maintained.

Also Asfaspro, which believes that the November payroll allows the military to "glimps" what their pay should always be. "This month of November, the members of the Armed Forces will receive a payroll that is close to the fair and dignified remuneration that we have been requesting for years," he laments.

However, he anticipates that the payment for January will arrive so that they "face down" with "the sad reality: the personnel of the Armed Forces are the lowest paid in the Administration."

‹ ›
Keywords:
Ministerio De DefensaFuerzas Armadas
Your comment has been forwarded to the administrator for approval.×
Warning! Will constitute a criminal offense, illegal, threatening, offensive, insulting and swearing, derogatory, defamatory, vulgar, pornographic, indecent, personality rights, damaging or similar nature in the nature of all kinds of financial content, legal, criminal and administrative responsibility for the content of the sender member / members are belong.
Related News