Death toll from 6.8-magnitude earthquake in SW China rises to 74 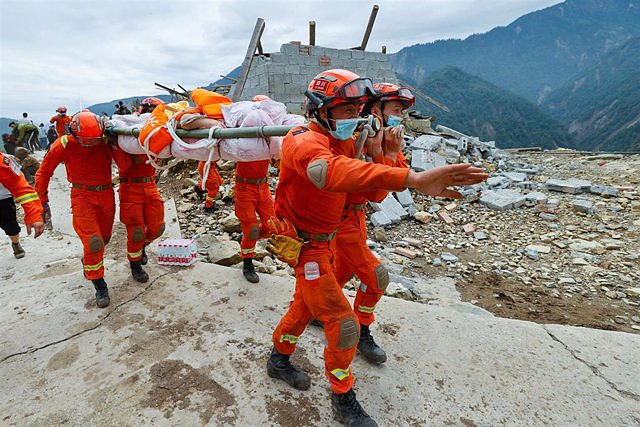 The death toll from the earthquake of magnitude 6.8 on the open Richter scale that shook the Chinese province of Sichuan (southwest) on Monday has risen to 74, Chinese authorities confirmed on Wednesday.

Of the total number of people killed, 40 have lost their lives in the Tibetan prefecture of Ganzi, while the other 34 were in Shimian county, in the city of Yaan, as reported by 'China Daily'.

Still, 15 people are unaccounted for and 253 have been injured in Ganzi, including five in critical condition and 70 seriously injured, according to information from the Sichuan provincial government.

Faced with this situation, the Chinese State Council has sent a work team to the area to coordinate rescue operations and help the victims, which includes members of the Ministries of Emergency Management, Public Security and Health, as reported. the Chinese news agency Xinhua.

Likewise, the agency has raised the emergency level for earthquakes to level 2, the second highest in the Asian giant, while the National Commission for Disaster Reduction, under the Ministry of Emergency Management, has raised the level of response against national disasters at level 3.

Chinese President Xi Jinping on Monday ordered all necessary rescue efforts to try to prevent the death toll from continuing to rise and advocated monitoring aftershocks, protecting against possible future natural disasters stemming from the earthquake, and accommodating to those affected, for which he has ordered the Army and the Police to help "actively" in the relief work.

‹ ›
Keywords:
ChinaTerremotos
Your comment has been forwarded to the administrator for approval.×
Warning! Will constitute a criminal offense, illegal, threatening, offensive, insulting and swearing, derogatory, defamatory, vulgar, pornographic, indecent, personality rights, damaging or similar nature in the nature of all kinds of financial content, legal, criminal and administrative responsibility for the content of the sender member / members are belong.
Related News