Díaz will call the distributors again soon: "I'm sure they'll be up to the task"

Government and social agents meet this Wednesday to monitor the Recovery Plan. 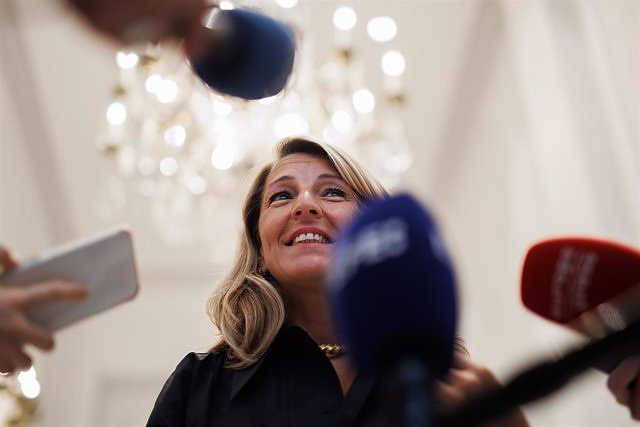 The second vice president and minister of Labor and Social Economy, Yolanda Díaz, has reported this Monday that she will reconvene the distributors "shortly" to try to find an agreement that caps the prices of basic foods, such as bread, milk or the eggs.

For the vice president, the rise in food prices is the fundamental problem that Spain has at the moment, along with energy and housing, and she has been "sure" that the distributors will be up to the task.

"I am sure that the distributors are going to be up to the standards of our country", remarked the head of Labor in statements to the media after attending the New Communication Forum organized by the New Economy Forum.

The vice president has highlighted the "bilateral meetings" that she has been holding in recent weeks with these companies, in a context in which the Minister of Agriculture, Luis Planas, has repeatedly stressed that price caps are not on the table .

"It is good that Díaz meets with the food sector, but if there is any measure, it will be taken by the Government and, therefore, by this Ministry," the minister said today in an interview in the economic newspaper 'Expansión' .

In terms of wages, the second vice president has recalled that she will convene the dialogue table for setting the minimum wage in December, insisting that it is not the Government's responsibility to set the rest of the wages, but rather the employers' association and unions.

‹ ›
Keywords:
AlimentacionYolanda Díaz
Your comment has been forwarded to the administrator for approval.×
Warning! Will constitute a criminal offense, illegal, threatening, offensive, insulting and swearing, derogatory, defamatory, vulgar, pornographic, indecent, personality rights, damaging or similar nature in the nature of all kinds of financial content, legal, criminal and administrative responsibility for the content of the sender member / members are belong.
Related News