Díaz makes it ugly that Feijóo is unaware that Social Security is excluded from the spending ceiling: "He is not prepared to govern" 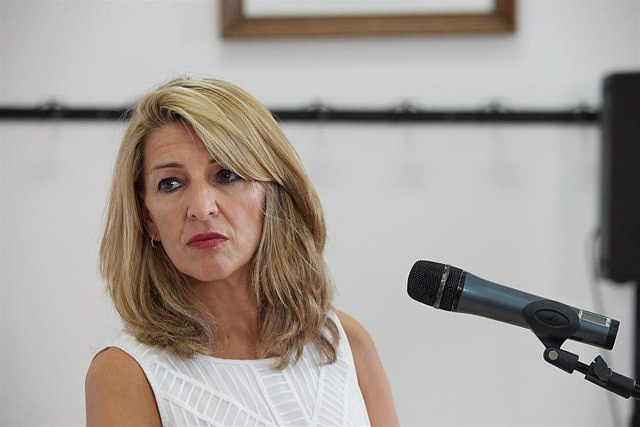 The Second Vice President of the Government and Minister of Labour, Yolanda Díaz, has made ugly that the leader of the PP, Alberto Núñez Feijóo, "is unaware that Social Security is excluded from the spending ceiling" and has warned that, for this reason, "it is not prepared to govern Spain".

"Someone who is unaware that Social Security is excluded from the spending ceiling, does not know how discontinuous landlines are computed or is involved with temperatures is not prepared to govern Spain," Díaz wrote in a publication on his Twitter profile.

Along with these words, he has shared a part of the interview with Feijóo published this Sunday by the newspaper 'La Razón', in which, asked if pensions should rise in accordance with inflation, the PP leader has assured that " At the moment, what we know is that the Government cannot increase current spending by more than 3% due to a pact it has with the EU to obtain European funds".

Feijóo has also indicated that "we must ask the Government, which is the one that signed that pact, if it updates pensions according to the CPI, and with that limitation imposed by the EU, how much money would be left for everything else".

In this context, questioned by the fact that the Minister of Inclusion, Social Security and Migration, José Luis Escrivá, denies that this limitation of current spending affects pensions, the president of the PP has affirmed "that the pacts with the EU do not they can be breached" and added: "They have to stop lying and they have to stop mortgaging the future of the Spaniards".

Díaz has responded to this in the aforementioned publication, while Escrivá has also clarified that the limitation of current spending will not affect pensions.

Specifically, Escrivá has questioned whether Feijóo "is unaware that article 12 of the LOEPySF (2012 Government PP) excludes Social Security from the spending rule?" "Or worse, knowing it, do you want to misinform the Spanish and cause concern to our pensioners?" He has warned.

‹ ›
Keywords:
FeijóoPPSeguridad SocialYolanda Díaz
Your comment has been forwarded to the administrator for approval.×
Warning! Will constitute a criminal offense, illegal, threatening, offensive, insulting and swearing, derogatory, defamatory, vulgar, pornographic, indecent, personality rights, damaging or similar nature in the nature of all kinds of financial content, legal, criminal and administrative responsibility for the content of the sender member / members are belong.
Related News