CUP denounces the "arbitrary" expulsion from Spain of Mohamed Said: "A flagrant violation of Human Rights of the Spanish State" 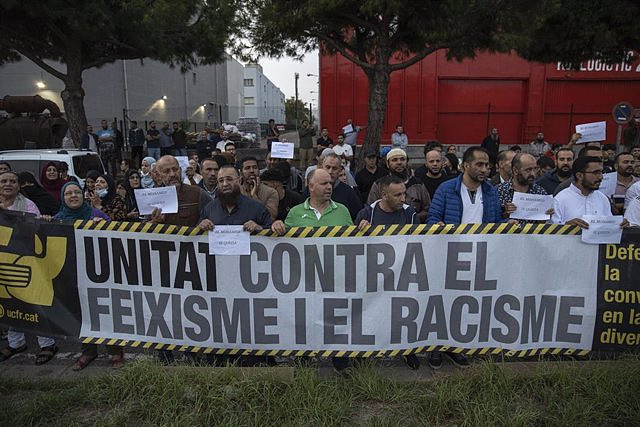 The CUP has denounced on social networks the "arbitrary" expulsion of the leader of the Islamic community and activist from Reus (Tarragona) Mohamed Said Badaoui, whom the National Police accuses of being a danger to national security for participating in "pro-jihadist" activities. such as recruiting vulnerable minors of Moroccan origin.

"A flagrant violation of Human Rights committed by the Spanish State arbitrarily expelling the resident of Reus Mohamed Said Badaoui," the CUP said via Twitter.

Police sources have informed Europa Press that Mohamed Said, a prominent leader of the Islamist community in Catalonia, is already in Morocco after being interned until his expulsion in a center for foreigners. He was arrested on October 19 and, during his stay in a CIE, he has received visits from NGOs and human rights associations.

After his arrest, ERC, CUP, Junts and Unidas Podemos-En Comú Podem denounced that Mohamed Said is a victim of "political repression through the Aliens Law". Hence, they urged the Generalitat of Catalonia to "activate all administrative, legal and diplomatic tools to ensure their rights."

‹ ›
Keywords:
MarruecosPolicíaCUP
Your comment has been forwarded to the administrator for approval.×
Warning! Will constitute a criminal offense, illegal, threatening, offensive, insulting and swearing, derogatory, defamatory, vulgar, pornographic, indecent, personality rights, damaging or similar nature in the nature of all kinds of financial content, legal, criminal and administrative responsibility for the content of the sender member / members are belong.
Related News