They will focus on streams that ask to review movies or song lyrics. 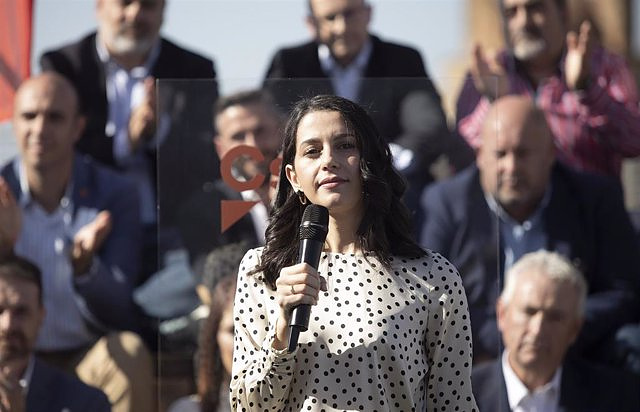 Ciudadanos celebrates this Sunday 'Forbidden to prohibit', the second major political act of its re-founding process and which this time will be focused on defending artistic freedom and denouncing the "cancellation culture" of the "new censors" and "inquisitors ", a modern form of censorship that, the party warns, is already having an impact in Spain.

After denouncing the "unsustainability" of the public pension system in its first major act, which took place at the end of October, Ciudadanos is now committed to breaking "taboos", in line with the renewal of ideas that the party has promised to the militancy .

It will be starting at 11:30 a.m. at the Zenit Studio, where the team for the refoundation --a process initiated after the electoral crash of the Andalusian autonomous communities-- will claim artistic and creative freedom, an open culture and far from dogmas, according to reports from the match.

At the event, a plea will be made against the culture of cancellation that "the new censors want to establish and that is already having an impact in Spain" regardless of the "political sign".

The president of Ciudadanos, Inés Arrimadas; the deputy mayor of Madrid and coordinator of the refounding team, Begoña Villacís; the deputy and spokesman for the refoundation, Guillermo Díaz, and the party spokesman in the Cantabrian Parliament, Félix Álvarez.

From Ciudadanos they see it necessary for civil society and above all intellectuals and cultural professionals to unite to defend freedom of expression, the "legacy" of Western culture and "the validity of all artistic work regardless of opinions, ideologies , personal circumstances or the private sphere of its creators".

That is why Pablo de Lora, professor of Philosophy of Law at the Autonomous University of Madrid, or the playwright Albert Boadella are also expected to participate.

Already this Monday, the spokesperson for the re-founding team explained at a press conference at the party's national headquarters that with this new great political act they want to put "foot on the wall" against the culture of cancellation, "a euphemism for censorship and prohibition".

Guillermo Díaz criticized those who are dedicated to reviewing song lyrics, how a painting has to be done or if a film deals with an issue in one way or another. And he called for defending creative freedom in art, science and public spaces such as the university so that from the left and right, through the State or associations or groups, there is no attempt to "dictate morality".

‹ ›
Keywords:
Ciudadanos
Your comment has been forwarded to the administrator for approval.×
Warning! Will constitute a criminal offense, illegal, threatening, offensive, insulting and swearing, derogatory, defamatory, vulgar, pornographic, indecent, personality rights, damaging or similar nature in the nature of all kinds of financial content, legal, criminal and administrative responsibility for the content of the sender member / members are belong.
Related News