Cristina Fernández's attacker and her partner would have acted with premeditation, according to the Argentine Justice 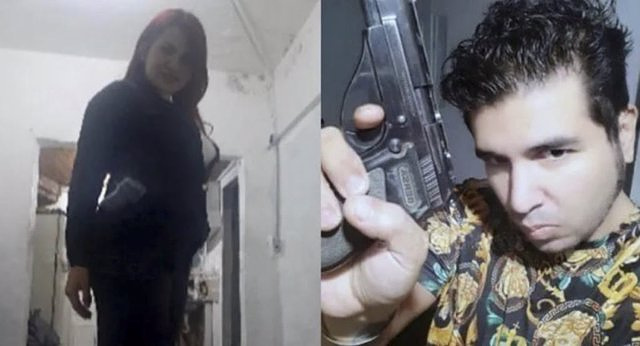 The Argentine Justice has determined that the attacker of the country's vice president, Fernando Sabag Montiel, and his partner, Brenda Uliarte, would have acted "with prior planning and agreement", taking advantage of the "state of defenselessness" of Cristina Fernández de Kirchner.

This has emerged during the night of this Wednesday from judicial sources to which 'La Nación' has had access, detailing that the young woman - who testified on Tuesday - was in the vicinity of the place and was aware that her partner had the firearm with which he later tried to assassinate the former president.

The accusation clearly reads that Sabag Montiel is accused of having pointed Fernández de Kirchner "towards his face with a single-action, 32-caliber semi-automatic pistol, Bersa brand, Lusber 84 model with the number '25037' on the side. left side of the barrel by activating the trigger tail on at least one occasion without firing despite being loaded with five bullet cartridges of the same caliber and being suitable for its specific purposes".

"The aforementioned event had prior planning and agreement. Brenda Uliarte was present in the vicinity of the place where they arrived together, having determined that they had held the seized firearm with its ammunition since the date prior to the event," the Télam news agency reported. .

All this description of the event and the evidence suggest that both could be prosecuted for attempted murder, aggravated by the presence of two or more people, by the victim's defenseless state, by premeditation and by the use of a weapon. with the numbers filed.