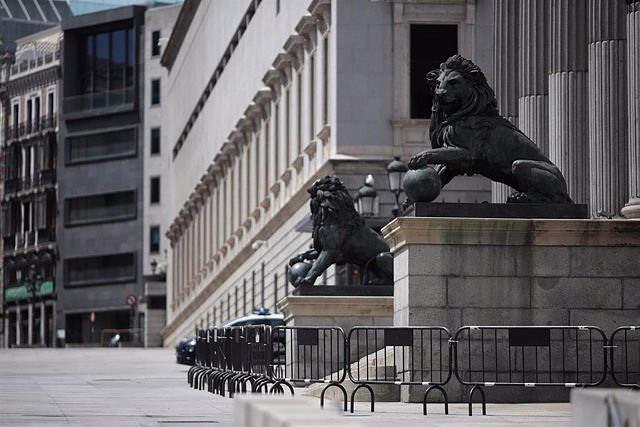 The plenary session of Congress will address this Thursday the reform of the Statute of Autonomy of Aragon, by means of which the appraisals of the members of the regional Government and of the autonomous deputies are suppressed, among other things, and which will foreseeably be approved seeing the unanimity that has been given in the two previous votes.

This reform was approved unanimously in the Cortes of Aragón on June 28 and, like all reforms to autonomy statutes, must now be discussed first by Congress and then by the Senate.

Already in September, the Lower House approved to start processing it and the Constitutional Commission also gave its approval, so now it has been raised to the Plenary for ratification and sent to the Upper House for final approval.

The bill retouches three articles of the current Aragonese statute, which dates from 2007. Thus, its article 36 is modified to indicate that the Courts of Aragon will have between 65 and 80 seats but guaranteeing that each of the provinces will be represented "in all case for a minimum of 14 seats".

The text also states that "each electoral constituency will have a number of seats such that the number of inhabitants needed to assign one to the most populous constituency does not exceed 3 times that corresponding to the least populated" and that "the application of this rule in no case may alter" that minimum of 14 seats per province.

The suppression of the appraisals for the autonomous deputies is introduced with the modification of article 38.2 of the statute. Specifically, it establishes that "during their mandate they may not be detained or retained except in the case of flagrante delicto."

In the same way, it is proposed to change article 55 to extend this provision to the president or autonomous president and the rest of his government. In addition, the reform contains a transitory provision by which it is made clear that the suppression of the appraisals will be applied from the next legislature, which will start after the regional elections next May.