Congress approves the Budget of the Casa del Rey with the 'no' of Vox, Ciudadanos, Teruel Existe, Junts, CUP and BNG 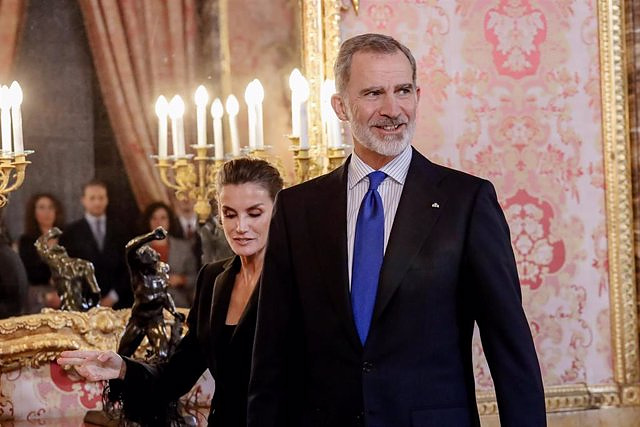 The Plenary Session of Congress approved this Thursday the section of the General State Budget dedicated to the Casa del Rey, which is endowed with just over 8.43 million euros, and which has received votes against from Vox, Ciudadanos, Junts, the CUP, the Galician Nationalist Bloc (BNG) and Teruel Exists.

In favor they have voted PSOE, United We Can, PP, PNV, Compromís, Navarra Suma, Canary Islands Coalition, the Regionalist Party of Cantabria (PRC) and Foro Asturias. For their part, the independentistas of ERC, Bildu and the PDeCAT have opted for abstention, as has Más País-Equo.

In this Thursday's session, the classic ERC amendment that proposed lowering the item destined for Zarzuela to equate it with the salary of the Prime Minister, Pedro Sánchez, has also been rejected.

The independence formation interpreted that the 8.4 million that the Casa del Rey will have will be the "salary" of Felipe VI and, under this premise, argued that it is "incomprehensible that the head of state earns more than 23,000 euros a day". , that is to say, that "in four days he earns more than the President of the Government in the whole year".

For all these reasons, they proposed that the allocation for the Casa del Rey be cut to 90,010.20 euros that the budget project sets as Sánchez's salary, 4% more than the 86,542.08 that he has been receiving this year.

On its side, the Galician Nationalist Bloc (BNG) also registered an amendment related to the Crown, which has not prospered either. In his case, they sought to eliminate the 8.4 million item and dedicate it entirely to social policies.

Specifically, the Casa del Rey will have a state budget next year that will amount to 8,431,150 euros, the same amount that was reserved for 2021 and 2022. That is, Zarzuela will complete three consecutive years with his frozen accounts , just the three budget projects designed by the coalition government of PSOE and United We Can.

In addition, the item reserved for the Casa del Rey is the only one that has not grown compared to this year, since all the ministries, as well as the Cortes Generales and the Judiciary, increase their spending budget to a greater or lesser extent.

Of course, to that figure we must add other items distributed in other expenses carried out by different ministries in support of the activity of the Royal Household. Thus, for example, the Ministry of the Presidency has reserved for 2023 a game of 7.7 million, half a million more than in the current year.

‹ ›
Keywords:
Casa RealPresupuestos GeneralesBNGCiudadanosCUPVOXTeruel Existe
Your comment has been forwarded to the administrator for approval.×
Warning! Will constitute a criminal offense, illegal, threatening, offensive, insulting and swearing, derogatory, defamatory, vulgar, pornographic, indecent, personality rights, damaging or similar nature in the nature of all kinds of financial content, legal, criminal and administrative responsibility for the content of the sender member / members are belong.
Related News