Congress, about to approve a third investigation into Rajoy's first Ministry of the Interior 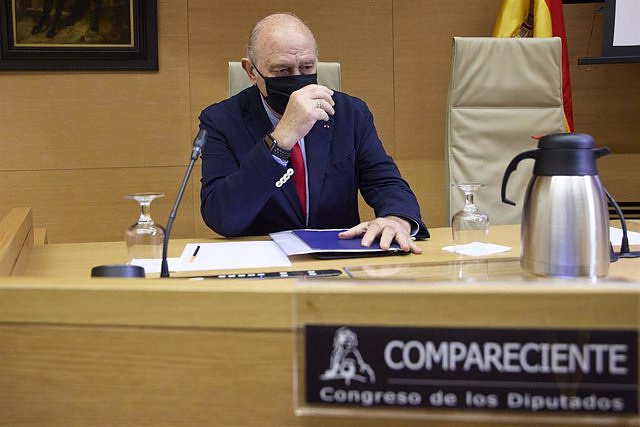 The Plenary Session of the Congress will debate next Thursday the creation of a new investigation commission on the Ministry of the Interior that Jorge Fernández Díaz directed in the first Government of Mariano Rajoy. This is the third body to investigate alleged vigilante plots that will work in the Lower House and, in this specific case, will open investigations into what is known as 'Operation Catalonia'.

It was at the end of last June when ERC, Junts, PdeCat, CUP, Bildu and BNG requested that Congress investigate "the alleged interference with the sovereignty of the Principality of Andorra by Spanish political leaders, as well as parapolice in the framework of the so-called 'Operation Catalonia'

These formations requested this investigation after learning that the Andorran justice is investigating former President Mariano Rajoy and his former Ministers of Economy and Interior, Cristóbal Montoro and Jorge Fernández Díaz, respectively, for their alleged relationship with the attempts to learn secret banking information "through illegal channels". pro-independence political leaders.

The initiative was discussed before the summer parenthesis in the Board of Spokespersons and there the PSOE already gave its approval for its debate. This Thursday its inclusion in the agenda of the first ordinary plenary session after the summer, which will take place next week, was formalized.

The then Socialist spokesman, Héctor Gómez, justified the support of the Socialists alleging that these are serious events that, together with the audios of Commissioner José Manuel Villarejo that have been published, advise opening a parliamentary investigation.

The objectives of the investigation, according to the document collected by Europa Press, are to investigate the actions of the political leaders accused by the Andorran justice as well as the possible existence of any vigilante plot outside the legislation and democratic control within the State institutions and their possible links with possible private networks or pressure lobbies.

Congress has already had two investigation commissions on the so-called police 'sewers' in the stage of the first Ministry of the Interior of the Rajoy Government, one on the so-called 'Operation Catalonia' to spy on and discredit the Catalan independence movement and the most recent on the ' Operation Kitchen' to spy on former PP treasurer Luis Bárcenas to steal compromised documents for the party.

In both cases, and despite the vote against the PP, Congress has already sentenced the political leaders of the ministry of those years.

‹ ›
Keywords:
RajoyMinisterio Del Interior
Your comment has been forwarded to the administrator for approval.×
Warning! Will constitute a criminal offense, illegal, threatening, offensive, insulting and swearing, derogatory, defamatory, vulgar, pornographic, indecent, personality rights, damaging or similar nature in the nature of all kinds of financial content, legal, criminal and administrative responsibility for the content of the sender member / members are belong.
Related News