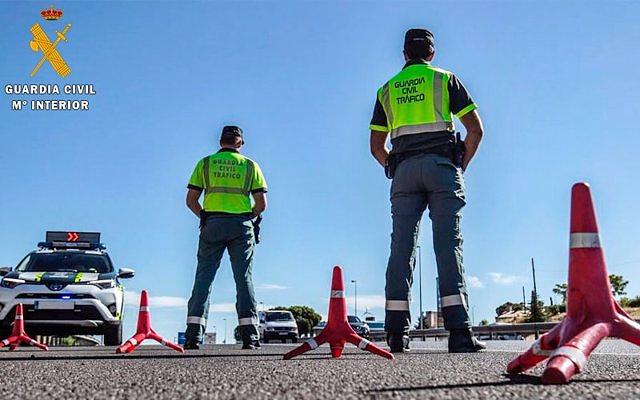 Professional associations of the Civil Guard have criticized this Tuesday the Government and the Minister of the Interior, Fernando Grande-Marlaska, for "doing without" the Traffic agents in Navarra within the "blackmail" of EH Bildu in exchange for this formation confirming its vote in favor of the General State Budget of 2023.

The spokesperson for the abertzale formation, Mertxe Aizpurua, has confirmed this Tuesday that the Government of Pedro Sánchez has committed to EH Bildu to transfer the competence of Traffic to Navarra before March 31, within an agreement that, in terms of Memory Democrática, includes paying homage to those who died in Vitoria in 1976 in an eviction by the Police.

JUCIL has recalled that the transfer of Traffic will directly affect some 220 civil guards, "many of them born or residents for years in Navarra and who will be forced to change their destination or address due to a political decision that, in addition, affects the safety of citizens.

"It is one more transfer, like those that have occurred in recent years in Catalonia, where the maritime powers that correspond exclusively to the Civil Guard have also been secretly transferred", recalled the communication secretary of JUCIL, Agustín Loyal.

In this line, AUGC has demanded from the Minister of the Interior, Fernando Grande-Marlaska, urgent explanations about this "blackmail", as well as informing the civil guards what their professional situation will be after the transfer of Traffic.

"To date, the Ministry of the Interior has not informed the civil guards if they are going to have options on the catwalk to enter the Provincial Police or they are going to assign preferential ones to occupy new destinations due to the damage caused once the agents of the Foral Police assume the powers in the Foral Community", says Pedro Carmona, spokesman for AUGC.

The association has made the Government ugly for using the Civil Guard as a "bargaining currency". "The civil guards are fed up with the fact that the minister disregards their demands and does not attend personally as their professional demands claim," added AUGC, recalling the demonstration called together with the SUP next Saturday in Madrid at 12:00.

ASESGC has shown its "absolute rejection" of the announcement setting a date for the transfer of Traffic. "It is humiliating for a civil guard", he pointed out on social networks, adding that EH Bildu is a party that "has justified the violence and the murder of many colleagues", alluding to the ETA attacks.

APROGC has also joined the criticism. "Where are the technical reports that justify such a measure? Will we put our hands to our heads as we are doing now with the 'yes is yes' Law?", he asked himself before denouncing that the institution is "money of change due to political struggles before the approval of the General State Budgets". "The Government betrays the people of Navarre and puts the whole of society at risk," he lamented.

‹ ›
Keywords:
BilduGuardia CivilPresupuestos GeneralesMarlaska
Your comment has been forwarded to the administrator for approval.×
Warning! Will constitute a criminal offense, illegal, threatening, offensive, insulting and swearing, derogatory, defamatory, vulgar, pornographic, indecent, personality rights, damaging or similar nature in the nature of all kinds of financial content, legal, criminal and administrative responsibility for the content of the sender member / members are belong.
Related News