Breaking News
Is it time to let go of your crypto investments? Here are the top signs
Featured México• Japón• Educación• Fifa• Gales• 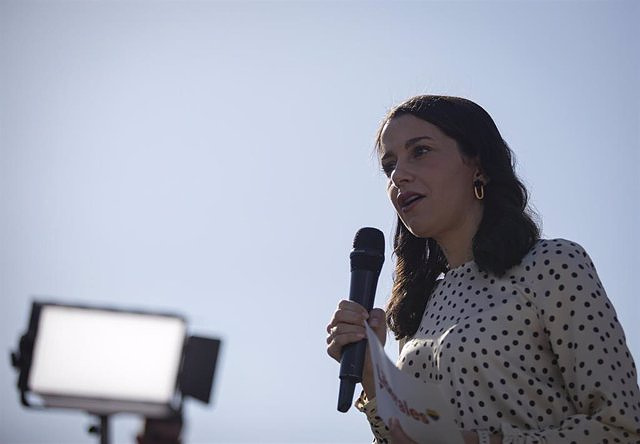 Ciudadanos unanimously approved this Friday the change in its structure with a two-headed model that separates the organic functions from the policies through a 'ticket' formed by a general secretary, who would be responsible for the distribution of organic tasks and could not stand for election, and a national spokesperson, with responsibility for political action. Both positions must be presented together leading the candidacy that must be endorsed at the next party assembly scheduled for 2023.

In this way, the orange formation gives the green light to a bicephaly so that the party divides into two directions, in the style of the PNV: one organic and the other political. Thus, the presidency would disappear and Inés Arrimadas, who would only lead the political part, would be a candidate for the elections.

The agreement was adopted at the meeting of the Citizens' Executive which began at 4:00 p.m. and ended around 9:00 p.m. At the meeting, the National Committee, the members of the Team for the Refoundation and the members of the Statutes Committee appointed by the Executive Committee, who have attended the meeting as guests, have discussed proposals for the organization of Ciudadanos, collected between militant suggestions, that help improve the prospects in the upcoming electoral cycle next year.

In a statement, the party has reported that the Executive has reached a "unanimous agreement" on the points that remained open in the document delivered by the members of the Report.

In this sense, it has been approved to separate the organic functions of the party from the policies through a 'ticket' made up of a national spokesperson, who would be responsible for political action, and a general secretary, in charge of organic and that he would have a position "incompatible" with the fact of presenting his candidacy to the primaries for the presidency of the Government of Spain while his term lasts or in the following six months. Nor will he be able to combine this work with a public office.

As established by Ciudadanos, political decisions will be made in the National Committee, made up of the Standing Committee plus its ex officio members, of which it has also been agreed to "increase the number of people with respect to the initial statutory proposal." In addition, the formation chaired by Inés Arrimadas has promised "not to reduce the number of members of the General Council" and to increase the power of territorial participation and of the autonomous committees "in decision-making in the territory".

‹ ›
Keywords:
Ciudadanos
Your comment has been forwarded to the administrator for approval.×
Warning! Will constitute a criminal offense, illegal, threatening, offensive, insulting and swearing, derogatory, defamatory, vulgar, pornographic, indecent, personality rights, damaging or similar nature in the nature of all kinds of financial content, legal, criminal and administrative responsibility for the content of the sender member / members are belong.
Related News