Bal advances that Cs will abstain in Thursday's vote on the PP and Vox amendments to return the Equality law. 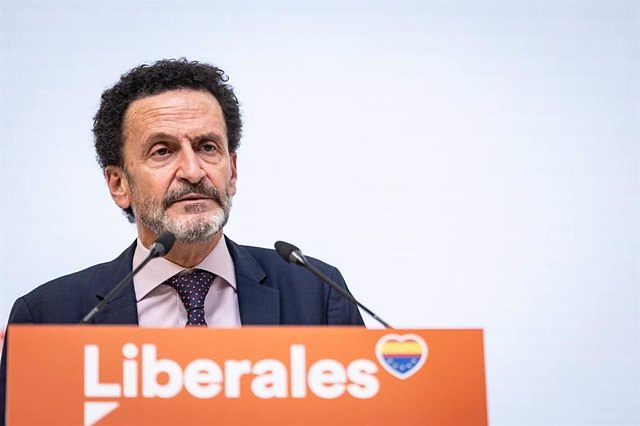 The deputy secretary general of Ciudadanos, Edmundo Bal, has accused the Minister of Equality, Irene Montero, on Monday of promoting the Trans Law as a "political tool" that seeks to generate "fight" and "disunity" in the PSOE, in the framework of the criticisms that relevant socialists, such as Carmen Calvo, have made of the initiative.

Calvo, president of the Equality Commission of Congress, declared in an interview published a few days ago that the Trans Law can "destroy the powerful legislation on equality" that exists in Spain.

At a press conference from the party's national headquarters, Bal stated that Ciudadanos "is not in favor" of the bill for the real and effective equality of trans people, although he admitted that it is a "very vulnerable group". " that "needs protection".

In the opinion of the also deputy spokesman for the 'orange' formation in Congress, although the purpose of the initiative is "initially correct" it has "numerous excesses", which he blames on Montero's "intention" to sow a conflict within the ranks of the PSOE.

The Plenary Session of Congress debates this week the two amendments to the total return presented by the PP and Vox to the Trans Law, which aims to "develop and guarantee the rights of lesbian, gay, bisexual, trans and intersex people by eradicating situations of discrimination".

Among the measures it proposes are "creating positive references, promoting the values ​​of equality and respect and extending the culture of non-discrimination against hate and prejudice." Bal has advanced that Citizens will abstain.

The plenary session on Thursday will also see the alternative text amendment presented by Ciudadanos to Organic Law 2/2010, of March 3, on sexual and reproductive health and the voluntary interruption of pregnancy.

Bal maintains that the Equality Law is a "sectarian, purely ideological" initiative and has recalled that Ciudadanos intends to introduce surrogacy. Along these lines, she has criticized the "puritanical left" and has argued that Ciudadanos's bet is that women "altruistically" can gestate other people's babies because they are "owners of her body".

"They say they support all family models, but not this one," he lamented, stressing that Ciudadanos seeks a "higher level of protection" for minors who are the product of surrogacy and that "all women in this country can do with their body whatever they want". In addition, she has specified that the alternative text proposed by them does recognize the right to abortion, not like the PP and Vox.

‹ ›
Keywords:
PSOECiudadanosIrene MonteroCongreso De Los DiputadosCarmen CalvoMinisterio De IgualdadEdmundo Bal
Your comment has been forwarded to the administrator for approval.×
Warning! Will constitute a criminal offense, illegal, threatening, offensive, insulting and swearing, derogatory, defamatory, vulgar, pornographic, indecent, personality rights, damaging or similar nature in the nature of all kinds of financial content, legal, criminal and administrative responsibility for the content of the sender member / members are belong.
Related News