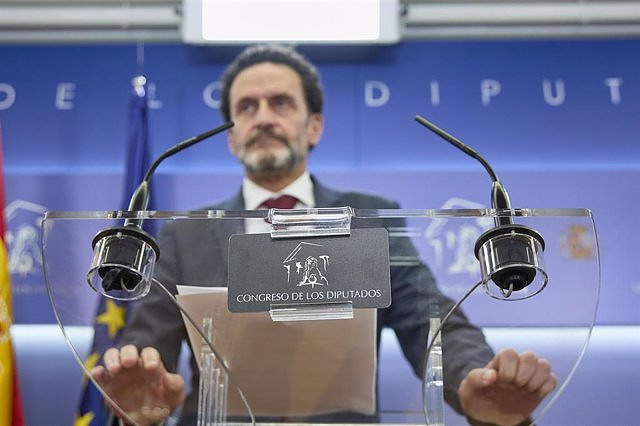 The deputy spokesman for Citizens in Congress, Edmundo Bal, has asked this Thursday the president of the General Council of the Judiciary (CGPJ), Carlos Lesmes, not to resign because that would be, in his opinion, "succumbing to the blackmail of the Government".

This is how Bal has replied to the threat launched this Wednesday by Lesmes himself, who pointed out the possibility of leaving his position at the head of a body that has been pending renewal since December 2018.

According to Bal, the "solution" to this interim situation does not go through the departure of Lesmes, but by changing the system of electing judges, as, he has pointed out, the president of the CGPJ himself and several European institutions demand.

Bal considers that the PP has already "ceded to the blackmail of the Government" by agreeing to negotiate on the renewal of the CGPJ, but Lesmes should not do the same. "The PP has fallen resoundingly into this blackmail and is negotiating, I hope that the CGPJ does not succumb to the government's blackmail and Lesmes does not resign," he added.

‹ ›
Keywords:
CiudadanosCGPJEdmundo Bal
Your comment has been forwarded to the administrator for approval.×
Warning! Will constitute a criminal offense, illegal, threatening, offensive, insulting and swearing, derogatory, defamatory, vulgar, pornographic, indecent, personality rights, damaging or similar nature in the nature of all kinds of financial content, legal, criminal and administrative responsibility for the content of the sender member / members are belong.
Related News