China sanctions Pelosi and suspends military, judicial and climate contacts with the US 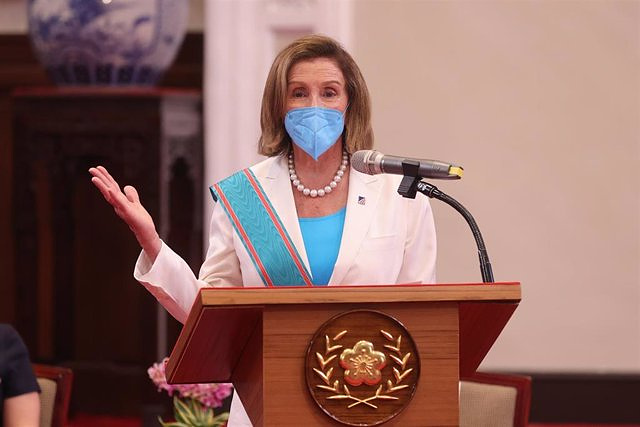 The Chinese authorities announced this Friday the imposition of sanctions against the president of the United States House of Representatives, Nancy Pelosi, and her relatives, in addition to suspending military, judicial and climate contacts with the United States government.

The Asian giant's Foreign Ministry has reported in a statement that due to Pelosi's "interference" "in the internal affairs" of the country when visiting Taiwan despite the alerts, telephone calls regarding security and high-ranking US military officer.

Thus, it has indicated that the planned work meeting between representatives of the Chinese and US Defense Ministry has been cancelled, while announcing the suspension of a meeting of the China-US Maritime Military Security Consultation Mechanism.

In addition, talks on climate change, cooperation for the repatriation of illegal migrants between the two countries, cooperation for judicial assistance and the fight against transnational crimes and drug trafficking are suspended.

The Chinese government has asserted that the decision has been taken given that "despite China's firm opposition and the concern raised, Pelosi insisted on going to Taiwan, which is an interference with China's internal affairs and undermines the sovereignty and integrity territory of the country".

The statement reflects that said decision constitutes a violation of the "principle of 'one China' that governs the country and a threat to peace and stability in the Taiwan Strait", as stated in the document.

Pelosi's visit to Taiwan has sparked controversy and has drawn much criticism from Beijing, which launched a series of military maneuvers in the vicinity of the island on Thursday and has proceeded to launch several ballistic missiles.

Democratic politics has defended her visit and that of her delegation, while insisting on the importance of supporting democracy. For her, her visit is part of US foreign policy and does not involve interference in Chinese affairs.