China, Japan call off meeting on the sidelines of ASEAN summit over G7 words on Taiwan 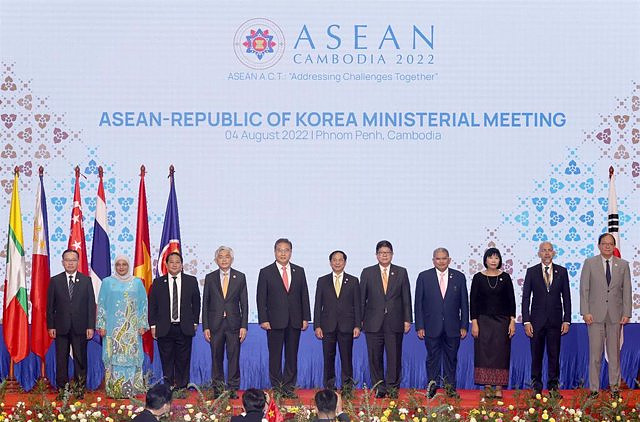 Chinese Foreign Ministry spokeswoman Hua Chunying confirmed Thursday that the planned meeting between Chinese and Japanese foreign ministers Wang Yi and Yoshimasa Hayashi, respectively, has been called off due to comments made by the G7 ministers. about the situation in Taiwan.

The Chinese side has condemned the joint statement of the G7 foreign ministers, who called on Wednesday to "preserve peace and stability" in the Taiwan Strait after the visit to Taipei by the speaker of the United States House of Representatives, Nancy Pelosi, and expressed their concern about what they consider "threatening words" from China.

Thus, Hua has clarified that Japan "has no right to make this type of irresponsible comment on the Taiwanese issue" and has pointed out that the meeting - planned within the framework of the summit of the Association of Southeast Asian Nations (ASEAN) that is taking place in Cambodia-- is therefore suspended, according to information from the Chinese television channel CGTN.

The foreign ministers of Canada, France, Germany, Italy, Japan, the United Kingdom and the United States have asserted that there is no justification for using (Pelosi's) visit as "a pretext for aggressive military activity in the Taiwan Strait." and they have defended that it is "normal and routine" for foreign delegations to visit other countries on their trips abroad.

‹ ›
Keywords:
ChinaJapón
Your comment has been forwarded to the administrator for approval.×
Warning! Will constitute a criminal offense, illegal, threatening, offensive, insulting and swearing, derogatory, defamatory, vulgar, pornographic, indecent, personality rights, damaging or similar nature in the nature of all kinds of financial content, legal, criminal and administrative responsibility for the content of the sender member / members are belong.
Related News