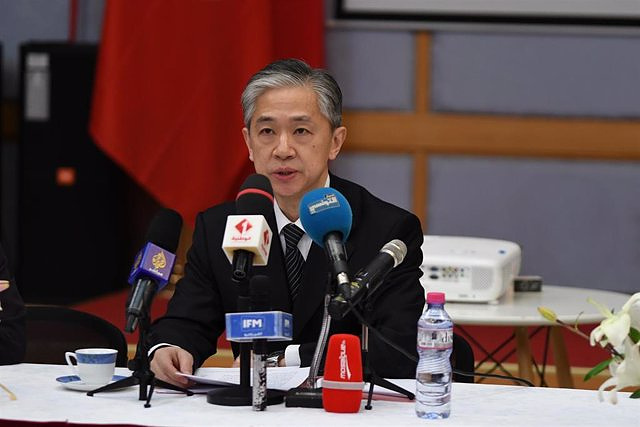 On Wednesday, the Chinese government called for dialogue to resolve the war in Ukraine and stated that "the legitimate security concerns of all countries must be taken seriously."

The spokesman for the Chinese Foreign Ministry, Wang Wenbin, has stated that "efforts aimed at achieving a peaceful solution" should be "supported". "China asks all parties to resolve differences through dialogue and consultation," he said at a press conference.

Thus, he has called for a ceasefire and a solution "as soon as possible" that addresses the "security concerns" of all parties, while pointing out that the international community must "create the conditions" to facilitate this dialogue.

Wang has not commented directly on Russian President Vladimir Putin's decree on a "partial mobilization" or on the announcement by several Ukrainian regions controlled by Russian troops to hold referendums on their possible accession to Russia in the coming days.

‹ ›
Keywords:
ChinaRusiaUcrania
Your comment has been forwarded to the administrator for approval.×
Warning! Will constitute a criminal offense, illegal, threatening, offensive, insulting and swearing, derogatory, defamatory, vulgar, pornographic, indecent, personality rights, damaging or similar nature in the nature of all kinds of financial content, legal, criminal and administrative responsibility for the content of the sender member / members are belong.
Related News