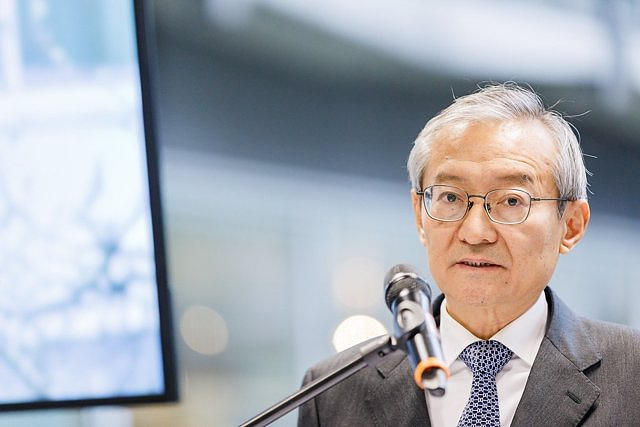 The head of the Chinese Mission to the European Union, Zhang Ming, has responded this Thursday to the statement shared on Wednesday by the foreign ministers of the G7 and the Union, warning that he will respond to any violation of his sovereignty, while at the same time urged the United States to be held accountable for its actions.

"Taiwan is part of Chinese territory and meddling in its affairs is a violation of China's sovereignty," Ming said in a statement shared by his office, stressing "any action that violates China's sovereignty and territorial integrity will be returned by the Chinese people".

In this sense, Zhang has criticized the call of the G7 to respect the "international order based on rules", questioning that it is the Western powers that impose it, while at the same time urging "people who do not understand what evil is " to look at the joint declaration of the foreign ministers.

"What is evil? What does it mean to have no shame? If there is someone in the world who does not understand it, please look at the statements (...) Why are there so many wars and riots in the world? It is because these evils and these shamelessness," said the Chinese representative in Brussels.

"The declarations of the foreign ministers of the G7 and the Union are nothing more than the logic of the thief: one can do evil and the others cannot fight back," he added.

On the other hand, Zhang has responded to the part of the G7 statement in which China is urged "not to unilaterally modify the 'status quo'" in the region, assuring that those responsible for such a change are "the hostile forces from abroad and the separatist forces from within the island of Taiwan".

"Faced with this blatant provocation, the Chinese people will never swallow this bitter fruit, and the Chinese government's measures to defend its sovereignty and territorial integrity are entirely necessary and appropriate. This is the common and strong wish of the 1.4 billion Chinese people." , has added.

Zhang has questioned the response of the G7 and the European Union in case China responds to "the provocation in Taiwan", and has explained that the Chinese people "have been attentive for a long time" to the West's attempts to empty the meaning of the 'one China' policy.

At the same time, he recalled that the China that was invaded by the Alliance of Eight Nations is not the same as the current one, comparing the G7 and the European Union with the union of troops of the main powers of the year 1900 that were assigned to the Asian giant to defeat the Boxer Rebellion.

"Do you think that China is still the China of the past? That they can still get away with it? That they can continue to do whatever they want? The Chinese people have long since stopped being bullied and manipulated by the powers. Taiwan affairs they are purely internal to China and within the realm of Chinese sovereignty. In today's world, Western powers can no longer do whatever they want," Zhang stressed.

On Wednesday afternoon, the foreign ministers of the G7 group called on the international community to "preserve peace and stability" in the Taiwan Strait after Nancy Pelosi's visit to Taipei.

In the statement, the foreign ministers of Canada, France, Germany, Italy, Japan, the United Kingdom and the United States, as well as the High Representative of the Union for Foreign Affairs and Security Policy, Josep Borrell, urged "maintaining order in the framework of International Law", both in the Taiwan Strait and "beyond".

"We are concerned about China's recent announcement and threatening words, especially regarding planned military exercises and economic coercion, which could lead to unnecessary escalation," they said.

Thus, they asserted that "there is no justification to use (Pelosi's) visit as a pretext to carry out aggressive military activity in the Taiwan Strait" and have defended that it is "normal and routine" for foreign delegations to visit other countries on their trips. abroad. "China's response endangers stability in the region," they said.

For this reason, they asked Beijing "not to unilaterally modify the 'status quo' in the region through the use of force" and, instead, they have called for "peaceful ways to resolve differences".

"We reiterate our commitment to maintain peace and stability in the area and ask the parties for calm, restraint and transparency to keep all lines of cooperation open in order to avoid misunderstandings," they settled.

‹ ›
Keywords:
Estados UnidosChinaUE
Your comment has been forwarded to the administrator for approval.×
Warning! Will constitute a criminal offense, illegal, threatening, offensive, insulting and swearing, derogatory, defamatory, vulgar, pornographic, indecent, personality rights, damaging or similar nature in the nature of all kinds of financial content, legal, criminal and administrative responsibility for the content of the sender member / members are belong.
Related News