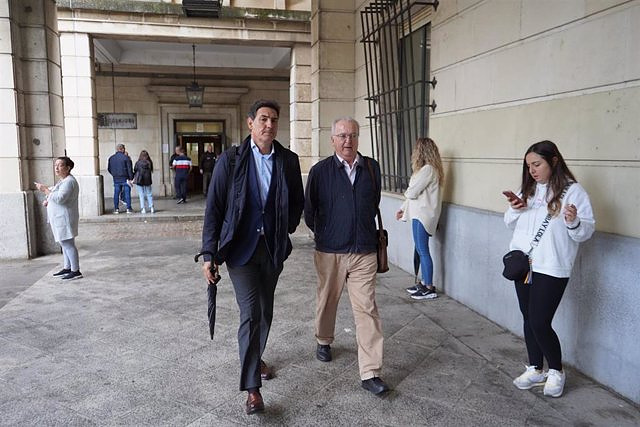 The former presidents of the Junta de Andalucía, José Antonio Griñán and Manuel Chaves, have collected this Tuesday at the Provincial Court of Seville the notification of the sentence of disqualification for the case of the ERE. Finally, and after requesting it from the Court, they have advanced the collection, since they were scheduled for this Wednesday, November 16 at 11:00.

As confirmed by sources from the Court, the "majority" of those mentioned had asked to be able to advance the collection of the notification, among them Chaves and Griñán, who have been among the first to go to the courts first thing this morning, as has advance Diario de Sevilla. So far, ten of the fifteen convicted have gone to the Court to collect the notification in order to "serve" their sentences.

The First Section of the Court of Seville had required fifteen of those convicted in the sentence of the specific procedure through which the Board channeled subsidies for early retirement in fraudulent ERE and arbitrary aid to companies; among them the former socialist presidents of the Junta de Andalucía José Antonio Griñán and Manuel Chaves, to appear on Wednesday of this week for the purpose of "compliance" with the disqualification sentences, according to the new ruling issued by said instance and collected by Europa Press.

‹ ›
Keywords:
Junta De AndalucíaChavesERE
Your comment has been forwarded to the administrator for approval.×
Warning! Will constitute a criminal offense, illegal, threatening, offensive, insulting and swearing, derogatory, defamatory, vulgar, pornographic, indecent, personality rights, damaging or similar nature in the nature of all kinds of financial content, legal, criminal and administrative responsibility for the content of the sender member / members are belong.
Related News