Post a Comment Print Share on Facebook
Famagusta 24
DOLLAR 18,59
EURO 18,11
GOLD 1.013,02
BIST 3.567,60
Dogecoin Spike Fuels Meme Token Economy to a Huge Jump of Close to 10%
Report: Only 5.3% Spanish Crypto Investors have been notified to declare...
Why casinos do not allow kids to gamble
Payments giant Stripe launches pilot to test crypto payouts with Twitter
Vlad Ponomarev, CEO of Broxus, on Everscale and the Development of a Universal...
Quik.com now has Minting of.VR and.Metaverse Domains
The Biggest Movers: APE Up Almost 30%, ZIL, and AAVE are Wednesday's...
Paul Farhi, founder of Solidus AITECH, talks about Artificial Intelligence...
Malaysia holds over 600 people for stealing electricity to mine cryptocurrency
Central Bank of Sudan warns of risks associated with cryptocurrency 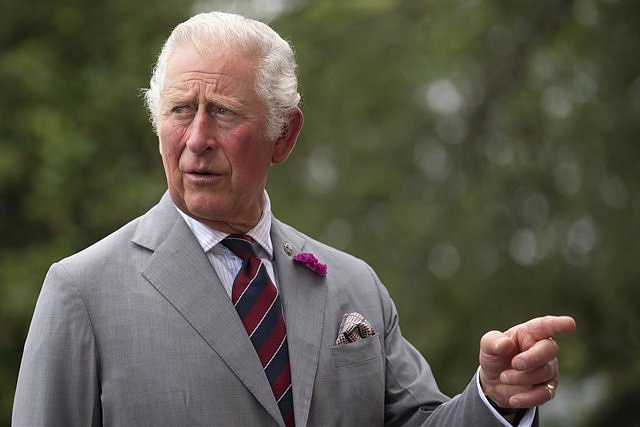 The hitherto Prince of Wales will be formally proclaimed King of England after the death of Elizabeth II on Thursday at the age of 96, although the death of his mother already automatically elevated him to the position since he was the first in line to succeed.

Carlos III, who will give his first official speech as king this Friday, will be proclaimed in a ceremony that will take place at St. James's Palace in London in front of a ceremonial body known as the Access Council, according to the television network British BBC.

During it, the death of Elizabeth II will be announced, after which a traditional proclamation will be read. Later, Carlos III will participate in a second meeting in which he will make a declaration and will swear to preserve the Church of Scotland, after which he will be proclaimed king.

The meeting of the Access Council usually takes place within 24 hours after the death of a sovereign, although this time it will take place later because the death of Elizabeth II was not announced until Thursday afternoon, so that there was no room to fix the plans for this Friday.

The body currently has more than 700 members, although only around 200 will be called, as reported by the British newspaper 'The Mirror'. The Access Council is divided into two parts and chaired by a chairman, a position to which Penny Mordaunt, the Speaker of the House of Commons, has been appointed.

Mordaunt was appointed to the position on September 6 within the framework of the Government of the new prime minister, Liz Truss, who was confirmed in the position during a meeting with Elizabeth II at Balmoral Palace, in Scotland. However, she has not yet been confirmed as the meeting scheduled for Wednesday was postponed due to the queen's health.

‹ ›
Keywords:
Reino UnidoGales
Your comment has been forwarded to the administrator for approval.×
Warning! Will constitute a criminal offense, illegal, threatening, offensive, insulting and swearing, derogatory, defamatory, vulgar, pornographic, indecent, personality rights, damaging or similar nature in the nature of all kinds of financial content, legal, criminal and administrative responsibility for the content of the sender member / members are belong.
Related News