Cepsa raises its profit by 149% in the first half, to 841 million, driven by the rise in crude oil 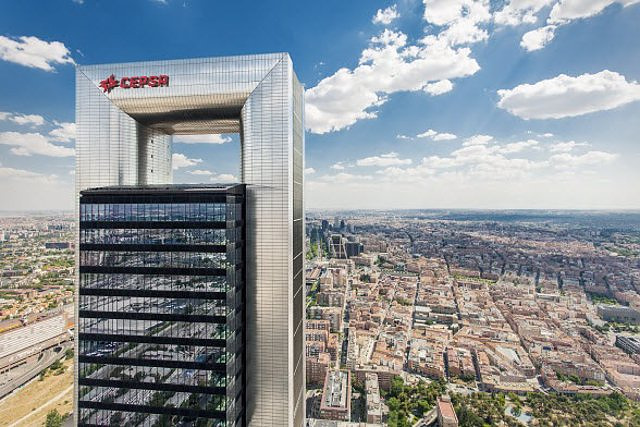 Cepsa obtained a net profit of 841 million euros in the first half of the year, which represents an increase of 149% compared to the same period last year, driven by the rise in crude oil prices.

The company's adjusted net profit, which specifically measures business performance, was €463 million in the January-June period, compared to €183 million in the same period in 2021, the company reported.

The group highlighted that these benefits, "in a context of continuous volatility in global energy markets, high crude oil prices and a situation of regulatory uncertainty in Spain", make it possible to offset the net losses recorded during the pandemic, which in the first half of 2020 amounted to 842 million euros.

Cepsa's adjusted gross operating profit (Ebitda) as of June stood at 1,742 million euros, thus doubling the 842 million euros for the same period of the previous year. Of this figure, 55% was generated outside of Spain and 45% in the country.

This improvement was mainly due to the increase in the results of its Exploration and Production (Upstream) business and the increase in refining margins, as a result of the restrictions on the supply of products from Russia, as well as the reduction in the refining capacity in Europe during the last decade.

Specifically, crude oil prices in the second quarter maintained their upward spiral, accelerated since the invasion of Ukraine by Russia, registering an average of 113.8 dollars per barrel in the period, compared to 68.8 dollars/barrel in the same period from last year.

Likewise, the company continued its deleveraging process in this period, with a net debt to Ebitda ratio of 1.1 times, thanks to the increase in Ebitda. In this way, Cepsa maintains a solid liquidity position of 3,909 million euros, thereby covering 4.2 years of future debt maturities.

Cepsa's CEO, Maarten Wetselaar, highlighted that the group has managed to present "solid" financial results for the semester "in a context of volatility in the international energy sector and an uncertain regulatory situation."

In the specific case of Spain, he warned that regulatory pressure "has affected its business in the second quarter and may continue to have an impact in the future."

However, he pointed out that these results "will allow financing investments" of up to 8,000 million euros that the group has committed to in its 2030 strategy "to promote the energy transition and the fight against climate change" and be "a leader in green hydrogen, biofuels and sustainable mobility in Spain and Portugal".

"These investments represent decisive steps to decarbonize our business and that of our customers, thus reinforcing the European energy transition agenda. This objective is more important today than ever, because it will facilitate not only cleaner and cheaper energy in the future, but also the energy independence of Europe that guarantees its supply. Governments and companies must collaborate to facilitate and accelerate this objective", he added.

In this sense, Cepsa indicated that it contributed 2,232 million euros in taxes in Spain in this period, compared to 1,685 million euros in the first half of 2021, of which 1,153 million were paid and 1,079 million collected on behalf of the Spanish Public Treasury -mainly in relation to special taxes on hydrocarbons-.

In addition, since the month of April, the company offers special discounts on fuel, which reach up to 50 cents per liter, of which 20 cents correspond to the bonus approved by the Government of Spain and up to 30 additional cents linked to loyalty programs offered by Cepsa, allowing consumers to save up to 25 euros on an average 50-litre tank.

The group added that these discounts, which will be in force until the end of the year, have had a negative impact on its service station business, which has meant a lack of profit in the second quarter.

‹ ›
Keywords:
Cepsa
Your comment has been forwarded to the administrator for approval.×
Warning! Will constitute a criminal offense, illegal, threatening, offensive, insulting and swearing, derogatory, defamatory, vulgar, pornographic, indecent, personality rights, damaging or similar nature in the nature of all kinds of financial content, legal, criminal and administrative responsibility for the content of the sender member / members are belong.
Related News