Confirm your prospects for this year. 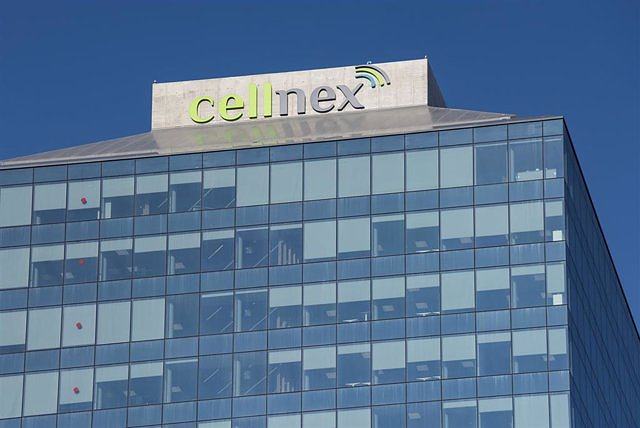 Confirm your prospects for this year

Cellnex closed the first half of the year with a turnover of 1,690 million euros, 59% more than in the same period of 2021, when it entered 1,061 million, as reported this Thursday to the National Securities Market Commission (CNMV).

Ebitda was 1,282 million euros, also 59% higher than a year ago, due to organic growth and the effect of the consolidation of asset acquisitions carried out in 2021; while free and recurring leveraged cash flow reached 637 million (62%).

The net accounting result recorded losses of 170 million euros (183%) due to the effect of higher amortizations --67% year-on-year more-- and financial costs --40% year-on-year more-- associated with the consolidation of acquisitions and integrations in the group and the consequent expansion of the perimeter.

The CEO of the company, Tobías Martínez, has highlighted the impact of organic growth on the results of the first semester, which he has assured that "it shows the strength" of the business and the consolidation of the operations carried out in recent months that continue to cause double-digit increases in revenues, Ebitda and recurring Cash Flow.

It has advanced that these growths "will continue to have a significant drag effect in 2022", with the full-year consolidation of these operations and the incorporation of the closing of the operation with CK Hutchison in the United Kingdom.

The company has confirmed that its prospects for this year are revenues of between 3,460 and 3,510 million; an Ebitda of between 2,650 and 2,700 million and a 39% growth in recurring free cash flow.

By business lines, infrastructure services for mobile telecommunications operators contributed 90% to revenue, with 1,529 million euros, which represents a growth of 70% compared to 2021.

The broadcasting infrastructure activity contributed 7% of income with 112 million; while security and emergency networks and solutions for the intelligent management of urban infrastructures (IoT and Smart cities) contributed 3% of income, with 50 million euros.

At the end of the first half, the company had 103,944 operational sites in Austria, Denmark, Spain, France, Ireland, Italy, the Netherlands, Poland, Portugal, the United Kingdom, Sweden and Switzerland, in addition to 6,442 DAS and Small Cells nodes.

Cellnex's net debt as of June this year was 14.3 billion euros, excluding lease liabilities, 86% of which referenced to a fixed rate.

In March, the company carried out a bond issue of 1,000 million, and in June it had access to immediate liquidity amounting to 7,600 million euros.

‹ ›
Keywords:
CellnexCNMV
Your comment has been forwarded to the administrator for approval.×
Warning! Will constitute a criminal offense, illegal, threatening, offensive, insulting and swearing, derogatory, defamatory, vulgar, pornographic, indecent, personality rights, damaging or similar nature in the nature of all kinds of financial content, legal, criminal and administrative responsibility for the content of the sender member / members are belong.
Related News