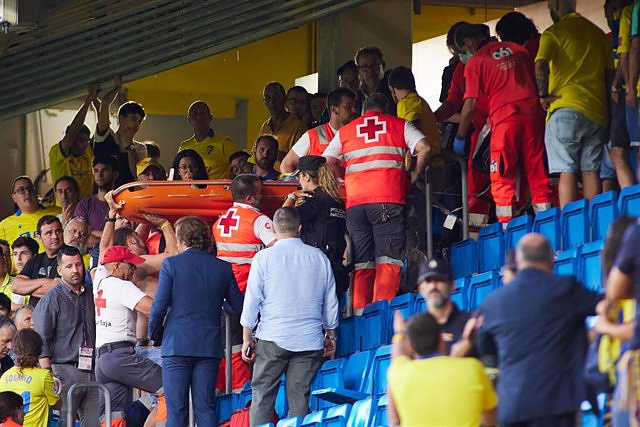 Cádiz thanked this Saturday for the "exemplary behavior" of the fans of the south end of Nuevo Mirandilla before the "health alert" in the stands, due to a health problem of a follower during the match between the Andalusian team and FC Barcelona, according to a statement.

"The entity wants to thank the exemplary behavior of the South Fund fans in this situation, as well as the members of security and the Red Cross for their prompt action so that this incident had a happy ending," the club said.

When the 81st minute of the match was completed, which the Catalan team would end up winning (0-4), the match was paused as a result of a "health alert" in the south end stands. "The protocol established with the Red Cross quickly came into operation, assisting a man in cardiac arrest," said Cádiz.

"The resuscitation was positive after a few minutes, and the fan was transferred to the ICU of the Puerta del Mar Hospital where he remains admitted. In addition, one of the Tribuna camera operators suffered a fainting spell that was also quickly treated by the stadium's medical staff without major consequences", concluded the note issued by the club.