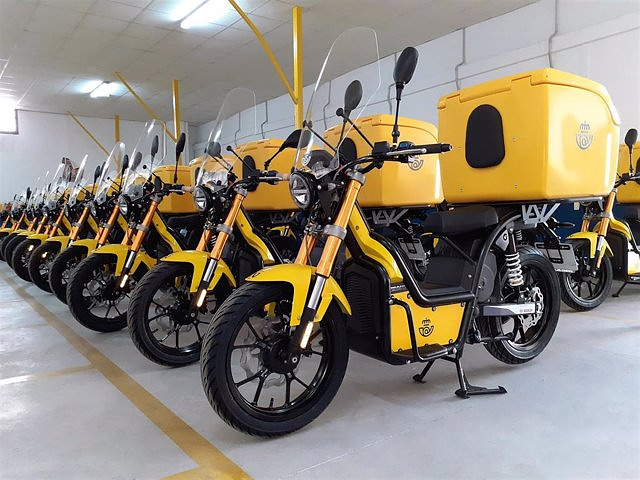 CCOO and UGT, with more than 70% of the representation of the staff in Correos, have denounced the "chain of irresponsibility" of the managers of the public postal company, the Ministry of the Interior and the Presidency of the Government for "allowing it to be put in The safety of thousands of workers is at risk due to the shipment of bomb packages to embassies, political personalities and companies in several Spanish capitals".

The organizations point out that, despite having expressly requested it last Thursday, December 1, they have not been informed by the company about the security measures adopted, and they consider it "unacceptable" to find out from the press that on November 24 the knowledge of the existence of an explosive device that had circulated through the public postal network until it was delivered to its destination, the Palacio de la Moncloa.

"It is hardly credible that Correos was not warned about the existence of this first explosive device, and that the Government in Moncloa and the Ministry of the Interior forgot that in Correos, there was a risk for more than 50,000 people who could be handling throughout the entire chain of admission, classification, transport and delivery, potentially dangerous shipments for their security, as has been confirmed, and that has been happening for almost a week," both organizations state.

If these facts are confirmed, the CCOO and the UGT point out that the existence of a security breach in the Post Office is once again evident, as already happened in the spring of 2021, when threatening shipments addressed to political personalities containing ammunition or items circulated through the postal network. razors.

On that occasion, they denounced that of the millions of shipments that are admitted daily, only 4% of shipments pass through the scanner detection systems, and although the company justified itself by stating that all potentially suspicious shipments by weight or dimensions were scanned, the new incident shows that it is not true.

For this reason, CCOO and UGT request that responsibilities be cleared at the highest level for this "very serious" irresponsibility. "The workers we represent and the potential risk that hovers over them cannot be forgotten in this story," they conclude.

‹ ›
Keywords:
CCOOUGTMinisterio Del InteriorCorreos
Your comment has been forwarded to the administrator for approval.×
Warning! Will constitute a criminal offense, illegal, threatening, offensive, insulting and swearing, derogatory, defamatory, vulgar, pornographic, indecent, personality rights, damaging or similar nature in the nature of all kinds of financial content, legal, criminal and administrative responsibility for the content of the sender member / members are belong.
Related News