Carlos Sainz: "We still need help from Red Bull, but the fight is open" 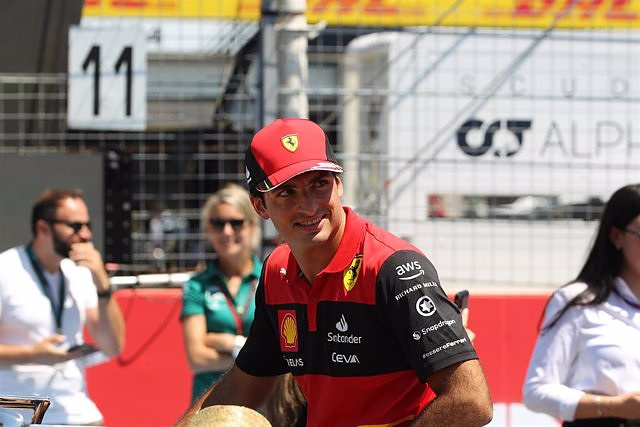 The Spanish Formula 1 driver Carlos Sainz (Ferrari) explained that they will need "some help from Red Bull" to fight for the World Cup, but he was still optimistic that "many things can happen up top", starting with the Hungarian Grand Prix .

"It is clear that for Ferrari what we have to do is win the races that Max wants to win. There are many things that can happen at the top, there is always a great battle between the two teams. It will continue like this until the end of the season," he said. at the official press conference at this week's appointment.

The Madrid native did not rule out anything in the World Cup, despite the fact that Max Verstappen (Red Bull) took 63 points from Charles Leclerc's Ferrari. "At some point we still need some help from Red Bull, that they don't finish the race or reliability, but it's open. Until it's possible, you have to keep believing and winning everything you can. Stay in the fight, in the fight" , he pointed.

"We will keep trying, developing as a team and improving. What we can learn can be useful for the coming years," added Sainz, who is fourth in the World Cup with 144 points, to 163 for Sergio Pérez (Red Bull) and 170 for his mate Leclerc.

In addition, Sainz referred to the reliability of Ferrari, which cost the Monegasque a new race last weekend. "We need a clean weekend, like the rest of course, but it is more difficult to achieve than people think. The car is good but it lacks a bit of reliability and we have 10 races ahead of us and there is still a long way to go." he explained.

On the other hand, the driver from Madrid referred to the withdrawal announcement made by the German Sebastian Vettel (Aston Martin) this Thursday. "I wish him the best in the future, he is going to enjoy a lot with his family. For me since I arrived he was an example to follow, how professional he was and how I had to behave to be a successful Formula 1 driver. Always very Affectionate as a driver and as a human being, he will be a great ambassador not only for the sport but for young people. Everyone loves him," he said.

‹ ›
Keywords:
HungríaFormula 1Ferrari
Your comment has been forwarded to the administrator for approval.×
Warning! Will constitute a criminal offense, illegal, threatening, offensive, insulting and swearing, derogatory, defamatory, vulgar, pornographic, indecent, personality rights, damaging or similar nature in the nature of all kinds of financial content, legal, criminal and administrative responsibility for the content of the sender member / members are belong.
Related News