Carlos Sainz: "Red Bull will be difficult to beat, but we will play with the strategy" 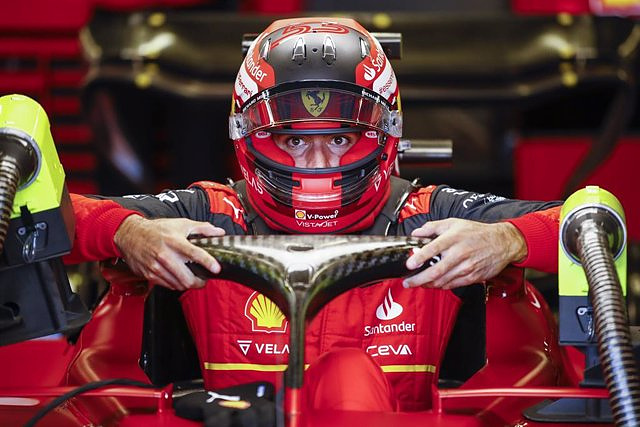 The Spanish driver Carlos Sainz (Ferrari) stressed that Red Bull will be "difficult" to beat in this Sunday's race in Azerbaijan, a circuit where the start "doesn't matter so much", so he will be able to play with the strategy to advance positions to the start from fourth position.

"We are in the fight, Red Bull will be difficult to beat because of the pace they usually have in the race, but starting fourth and first we can play with the strategy. If there is a circuit where the starting position does not matter so much, it is here, in Baku.

The Ferrari driver will start fourth after an error on his last flying lap. "It's a shame not to have been able to improve the lap. I made a step forward compared to the last free practice and I was in the fight for pole, looking for the limit and the last tenth of the car. But I made a mistake in turn 2, I was too aggressive with the throttle," he admitted.

On the rebound problems, Sainz acknowledged the difficulty they pose. "Yesterday I had a bottom that gave me a lot of rebound and crushed my back a bit, but today we have been able to improve it, I was calmer. I hope that in the future these cars will stop doing these things because we have tough years ahead of us" , sentenced.

‹ ›
Keywords:
Formula 1FerrariAzerbaiyán
Your comment has been forwarded to the administrator for approval.×
Warning! Will constitute a criminal offense, illegal, threatening, offensive, insulting and swearing, derogatory, defamatory, vulgar, pornographic, indecent, personality rights, damaging or similar nature in the nature of all kinds of financial content, legal, criminal and administrative responsibility for the content of the sender member / members are belong.
Related News