Carlos Sainz: "It makes me very angry, we could be in the fight for victory" 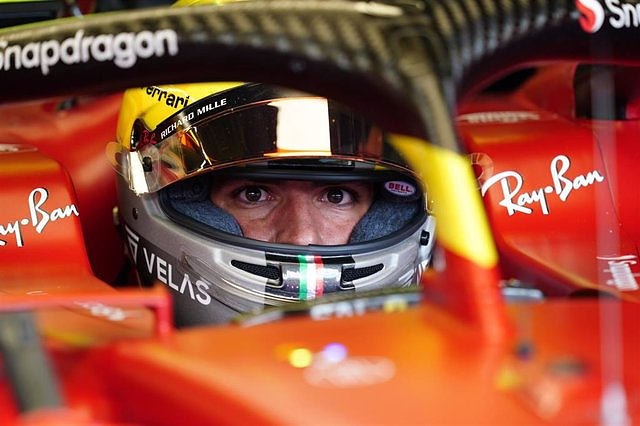 The Spanish driver Carlos Sainz (Ferrari) is convinced that he can "come back" starting from the bottom of the grid at the Italian Grand Prix, although he has admitted that the sanction makes him "very angry" because he considers that he had enough pace to " be in the fight for victory.

"We have to be positive for tomorrow, that we can go back, I don't know how far we will go. This weekend we are going very fast, which makes me feel a bit strange, because on a weekend in which you go so fast, in front of the 'tifosi' in Monza, and having to start last makes me very angry, because we could be in the fight for victory. It is what it is and we have to try to come back", he told DAZN.

Regarding qualifying, the man from Madrid explained that "it went well". "All the laps I've done have been very good, I was very comfortable with the car, attacking the limit; especially that last lap without a slipstream I managed to lower the lap I had done before with a slipstream. I had to take more risks in the curves, because on the straight I lost almost a tenth. I'm happy to have that feeling on that circuit and to see if tomorrow we can come back", he stressed.

Finally, Sainz is confident that his teammate, the Monegasque Charles Leclerc, can take advantage of his pole position. "It's an opportunity to start from pole, with Max out of position, with me also out of position, I'm going fast... Let's see if he can finish it off tomorrow, I hope so. Today we did everything we could to be both cars up. Hopefully tomorrow will be a good day for Ferrari," he concluded.

‹ ›
Keywords:
ItaliaFormula 1Ferrari
Your comment has been forwarded to the administrator for approval.×
Warning! Will constitute a criminal offense, illegal, threatening, offensive, insulting and swearing, derogatory, defamatory, vulgar, pornographic, indecent, personality rights, damaging or similar nature in the nature of all kinds of financial content, legal, criminal and administrative responsibility for the content of the sender member / members are belong.
Related News