Carlos Sainz: "If he hadn't penalized, we would have put more pressure on Verstappen" 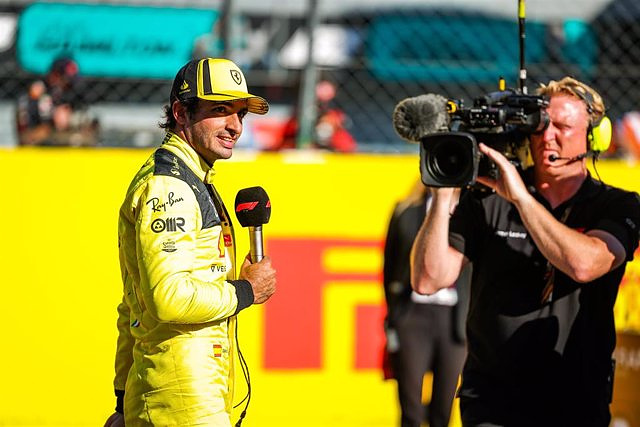 The Spanish driver Carlos Sainz (Ferrari) has been surprised by his pace in the race at the Italian Grand Prix, where he has come back from the bottom of the grid to fourth position in just 13 laps, and has been convinced that if Had he not had to serve that sanction, he would have been able to put more "pressure" on the Dutchman Max Verstappen (Red Bull) along with his partner Charles Leclerc (Ferrari).

Regarding the race, the man from Madrid acknowledged that he had "good feelings". "I came back faster than I expected. We were going very fast, I could practically pass one car per lap and that allowed me to lose little time and get very quickly behind Russell, who was my objective. When I got there, I was a little far. We were taking him a lot in those last laps, but the safety car came and it couldn't be. We were going very fast, we made good overtaking and it was fun," he said.

Finally, Sainz believes that if the final safety car had not appeared, he could have been close or even overtaken the British George Russell (Mercedes) to reach third place. "I think he would have gotten stuck on the last lap. If he had thrown me at him it would have been unknown, but we were taking 1.3-1.4 per lap from him and the simulation gave us that he was reaching his tail," he concluded.

‹ ›
Keywords:
ItaliaFormula 1Ferrari
Your comment has been forwarded to the administrator for approval.×
Warning! Will constitute a criminal offense, illegal, threatening, offensive, insulting and swearing, derogatory, defamatory, vulgar, pornographic, indecent, personality rights, damaging or similar nature in the nature of all kinds of financial content, legal, criminal and administrative responsibility for the content of the sender member / members are belong.
Related News