Carlos Sainz: "I was going very fast, that's why it makes me angry not to get pole" 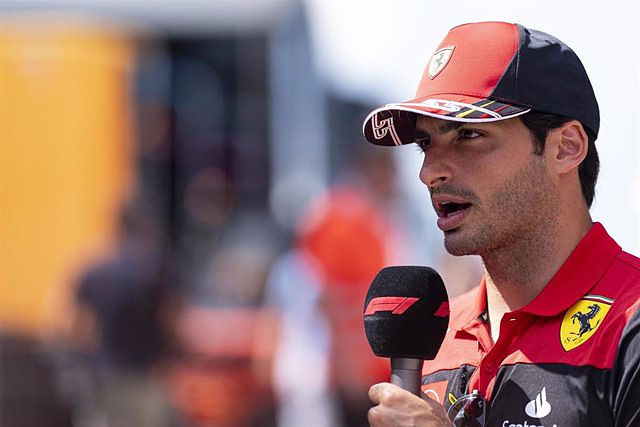 The Spanish driver Carlos Sainz (Ferrari) expressed this Saturday that the 'feeling' was "good" in qualifying for the Hungarian Grand Prix after achieving the second fastest time, although he acknowledged feeling "anger" for not having achieved pole despite "going too fast"

"The 'feeling' has been good, a little more difficult after dominating yesterday. We expected a slightly easier qualifying. In Q3 I was going very fast, that's why it makes me angry not to get pole," the Madrid native admitted in statements on Dazin.

Sainz explained that on his last lap of Q3 he had "a couple of whiplashes" that slowed his pace. He still celebrated feeling "better and better every race and every qualifying." "It was a good lap, I felt like I had everything under control. We've done some good laps, but that second lap of Q3 wasn't anything special and not good enough for pole position. If I'd done a perfect lap I'd be up there." lament.

"We have the pace, obviously the start and tire management will be key. The pace of Mercedes is a question mark, we will have to see how the race develops, it will be exciting," said Sainz.

The Spanish driver, who brushed the second pole of his career after the one won at Silverstone, acknowledged being "somewhat disappointed" with second place on the grid for Sunday's race. However, he too was "confident". "I'm second without doing a good lap. Tomorrow I can go fast in the race, the Mercedes is unknown, but we have had a better pace than them, hopefully we can go on the attack tomorrow," he settled.

‹ ›
Keywords:
HungríaFormula 1Ferrari
Your comment has been forwarded to the administrator for approval.×
Warning! Will constitute a criminal offense, illegal, threatening, offensive, insulting and swearing, derogatory, defamatory, vulgar, pornographic, indecent, personality rights, damaging or similar nature in the nature of all kinds of financial content, legal, criminal and administrative responsibility for the content of the sender member / members are belong.
Related News