Carlos Sainz: "I see myself as capable of fighting for victories, that without a doubt" 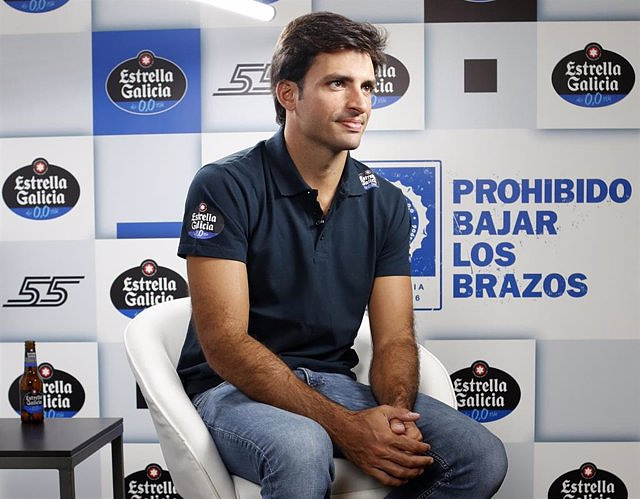 The Spanish driver Carlos Sainz (Ferrari) has assured that he is capable of "fighting for victories", although Red Bull is making things "very difficult", so they will have to "improve" to get back "into the fight for win", the main objective for the last part of the Formula 1 championship.

"I see myself as capable of fighting for victories, without a doubt. Yes, it is true that Red Bull is at an incredible level and that they are making things very difficult for us, but if we manage to improve the car a little bit, the race pace and we manage to find a couple of 'tenths', we get back into the fight to win, which is the objective", he said in statements provided by Estrella Galicia 0,0.

After 16 of 22 Grand Prix races, the driver from Madrid is in fifth place in the drivers' standings and is looking forward to the last six races of the season. "We are going to start traveling a lot. We have the Asian tour first and then the whole American tour. They are circuits that I like, circuits that I have been good at in the past and it is a part of the season that I usually do well, so I am looking forward to it," he explained.

Among those that remain to be played is that of Japan, the favorite for Sainz. "The Japanese have always liked me very much and I have missed going there for a few years, since we have not been able to go because of the Coronavirus. Then there is Brazil, which brings back very good memories, Singapore, which has also been two years since we went , Austin, which is one of my favorite circuits; there is Mexico, where I have always been fast and it is a very fun race with the Mexicans. There are very fun races, "he added.

For this reason, the Ferrari driver will try to continue adding podiums, of which he already has seven this year and one of them with victory included. "That first victory is something that makes me feel very proud, it is something that as a driver makes you very excited to achieve, but I think the season has been a bit complicated, especially because at the beginning we had a bit of bad luck, with many zeros , so I got off the hook in the championship," he recalled.

"Then it is true that I have been improving a lot, but things have continued to happen. There have been many podiums, there has been a victory, so I can't complain at all," said Carlos about his victory at Silverstone.

Asked by MotoGP rider Marc Márquez, also an ambassador for Estrella Galicia 0,0, Sainz highlighted the "incredible" recovery of the rider from Cervera since his injury at Mugello. "I think he has made an incredible recovery to be in Aragon and do everything as he has done. That shows what a good athlete and how professional he is and now, well, what we all tell him: to prepare for 2023, which I think It's going to be his year," he said.

Also, Carlos reviewed sports news with the victory of the Spanish basketball team in the Eurobasket. "I have experienced it with great admiration. Once again some Spanish athletes are up there. I think that Spanish sport is going through a very good moment and in the Eurobasket I think they have nailed it. It has been an incredible final", he indicated.

"I think that at some point we have all felt like lowering our arms, but I feel identified because it is something that I have always made it forbidden to do. You have to try to keep fighting, always think that there is a next opportunity that will give life to try to improve yourself or to try to improve what you are failing and give yourself another chance. So I think that in the end this is how things end up being achieved, "he concluded.